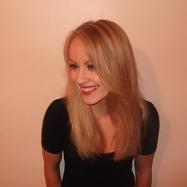 With a flair for video reporting and a history of overseas work documenting people and places of diverse cultures, Holly brings a variety of skills to the Seatrade Cruise portfolio.

Joint effort among Swedish ports ushers in shore excursions
Jun 15, 2021
Sweden’s first cruise call of the year where passengers will be able to go ashore to visit Gothenburg, Visby and Stockholm takes place June 15, owing to collaborative efforts among the three ports and regulatory...