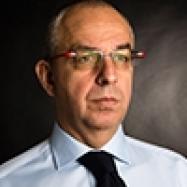 Plans for Venice cruise homeporting at nearby Marghera advance
Dec 05, 2022
In the 16 months since larger cruise ships were banned from the Giudecca Channel and San Marco basin, officials have been working to find alternative ways to bring passengers into Venice Lagoon while safeguarding its...

Palermo adds a new terminal as part of a cruise renaissance in Western Sicily
May 09, 2022
Palermo celebrated the inauguration of the port city’s new cruise terminal on Vittorio Veneto quay.

Longtime Fincantieri CEO Giuseppe Bono to step down
Apr 25, 2022
After over 20 years at the helm of Fincantieri, Giuseppe Bono is preparing to leave his CEO post as operational head of the shipbuilding group.

Venice is back as landing for cruise ships
Sep 01, 2021
Cruise traffic is expected back in Venice by September 2 after the Italian government’s earlier action prohibiting movement through the San Marco Basin and the Guidecca Canal from August 1.

MSC Cruises proposes investment in the port of Ancona
Jun 01, 2021
MSC Cruises is betting on an increased presence in Ancona port as a destination and hub in the Adriatic.
Load More