BLOG: Using tech to generate sustainability in cruise by theICEway 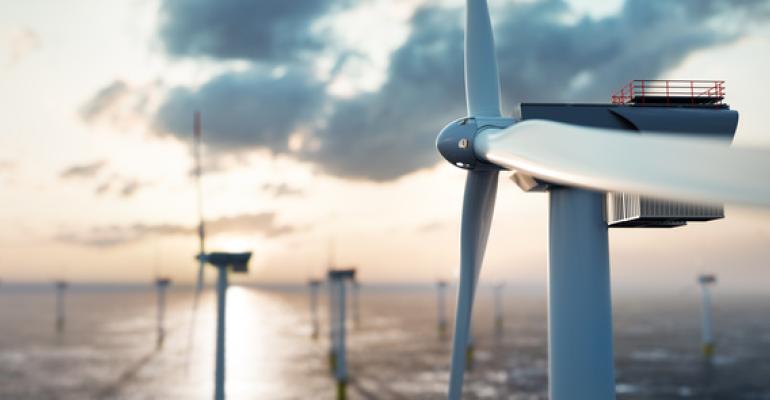 In IT for cruise, there is a burning question to answer as we approach 2023. How can we leverage technology to generate sustainability within the cruise industry? Recent tech innovation has led to increases in bandwidth, huge changes in the guest experience and so much more. But how many IT-related developments have had a positive impact on the environment? How many initiatives have been green? Here we look at key examples of companies using tech to generate sustainability in cruise.

Before we get to examples of ‘green technology’, it is important to look at where the industry is right now. What are the main objectives? Cruise Lines International Association (CLIA) cruise lines are working towards net zero carbon cruising by 2050. There are three key areas to work on to achieve that objective:

Similarly, there are three key strategies being deployed around fuel, electricity and wastewater.

The cruise industry is also exploring other sustainable marine fuels and propulsion techniques. Biofuels, biodiesel, methanol, ammonia, hydrogen, and electric batteries are just a sample of what is currently being investigated. Hybrid solutions are another tactic being implemented to lower the carbon footprint of voyages. According to CLIA, over 15% of new vessels being launched in the next five years will be equipped to incorporate fuel cells or batteries.

Innovations To Support These Strategies

Using tech to generate sustainability and achieve a greener future has seen the cruise industry also embracing further innovations and practices, including:

Let’s look then at some examples of ‘sustainable tech’ in action. There are far too many to cover in full here, but we believe some of the most impressive companies using tech to generate sustainability are as follows:

With the Greg Mortimer Expedition Ship, Aurora boldly claims to have “redefined expedition cruising for the future.” They may be not far off the truth in that, as the impressive ship has some fantastic facilities and technical features. These include virtual anchoring, achieved via a combination of GPS, steering technology, propellers and then also thrusters. Greg Mortimer can essentially hold its position without a traditional anchor, thus minimising damage to the sea floor.

In a bid to maximise fuel savings, Scarlet Lady features a Climeon heat power system. The system generates clean electricity via the use of low temperature wasted heat from engine cooling water. It includes six 150 KW modules and has an overall electric power generation of 0.9 MW. Traditional heat power solutions operate at higher pressure levels and are larger in size and less efficient at low temperatures. The Climeon system can effectively deliver up to 50% higher efficiencies than the other solutions currently available.

Sea Dream Yacht Club received a $1.8m (£1.2m) grant from Enova SF, a state enterprise owned by the Norwegian Ministry of Climate and Environment. The grant was awarded to help them build the ultra-luxury SeaDream Innovation. Launched in 2021, the ship incorporates technologies that are considered to be extremely environmentally friendly. These include a battery pack enabling the ship to sail silently and without emissions for up to three hours.

Hurtigruten’s battery-hybrid powered ships can sail with electric propulsion for 15-30 minutes. The technology combines with the construction of the hull and an effective use of electricity on board to reduce fuel consumption and CO2-emissions from the ships by up to 20%. Effectively, this equates to over 3000 metric tons of CO2 per year.

Many of Viking Line’s ships renew energy onboard, meaning that the heat emitted from their engines is not wasted. The company has also invested $447 million in two new vessels, Viking Grace and Viking Glory. Each one reduces carbon dioxide emissions by up to 30% per nautical mile. Powered by LNG fuel, Viking Grace reduces emissions of nitrogen and particulate matter by 85 per cent and greenhouse gas emissions by 15 per cent*. Viking Glory actually produces 10 per cent fewer emissions than its sister ship.

Celebrity ships have a variety of sustainable onboard features. For example, their LED lights last longer than halogen bulbs and give off less heat. Energy-efficient appliances including coffee makers and ice makers are complimented by energy-efficient windows that help air conditioning run more efficiently. They have also deployed water-reduction technology in showerheads, cabin sinks and dishwashers. Their Solstice ships are outfitted with solar panels to help with renewable energy onboard.

Norwegian Cruise Line is committed to preserving the oceans. Their mission is to protect the environment, people, and communities on every NCL voyage. They have injected sustainability into all day-to-day operations, with a core focus on three areas:

The NCL Sail & Sustain programme utilises new technologies and innovations such as the Exhaust Gas Cleaning System (EGCS). This reduces SOx emissions by up to 99% by cleaning emissions before they are then released from the stack.

Royal Caribbean Group installed Hydrothermal Oxidation Technology on Celebrity Apex in 2020. The pilot for this prototype for food waste treatment ran throughout 2021 and was designed to enable ships to treat food waste without discharging it to sea.

The practice of using tech to generate sustainability is becoming ever more commonplace, and with good reason. Corporate Social Responsibility (CSR) is being embraced with increasing fervour by organisations both large and small. Gone are the days of excess where potentially damaging practices are acceptable, replaced now by a genuine desire to be responsible. What then does the future hold? Only time will tell, but it is clear that cruise is heading in the right direction.

Want to hear more IT cruise content? Register for Seatrade Cruise Global 2023! Taking place 27 – 30 March 2023 at the Broward County Convention Center, Fort Lauderdale, Florida Bringing together the visionaries, the experts, and thousands of like-minded cruise professionals for four days of business and networking.

Information Technology continues to be one of the top sectors at the annual cruise gathering with the Interactive Tech Zone returning for the second year in a row. Last year the Interactive Tech Zone saw hundreds of attendees visit to learn about the latest advances in science through an information technology playground which included everything from headsets, emotion recognition technology, dynamic digital displays to AR crew training. You don’t want to miss out!