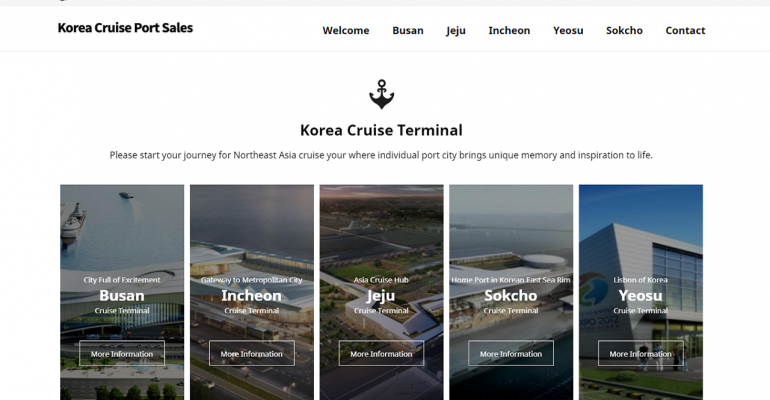 The Ministry of Oceans and Fisheries of Korea has created an official website for Korea Cruise Travel Official Guide where useful information is readily available, intending to promote ports of cruise ports of call in Korea to cruise officials worldwide world. Ports and tour information on five cruise ports of call in Korea, including Busan, Incheon, Jeju, Sokcho, and Yeosu, is available. If you are travel-goers curious to know what a cruise tour to Korea would look like, how about visiting the website, https://k-cruiseinfo.com/en? 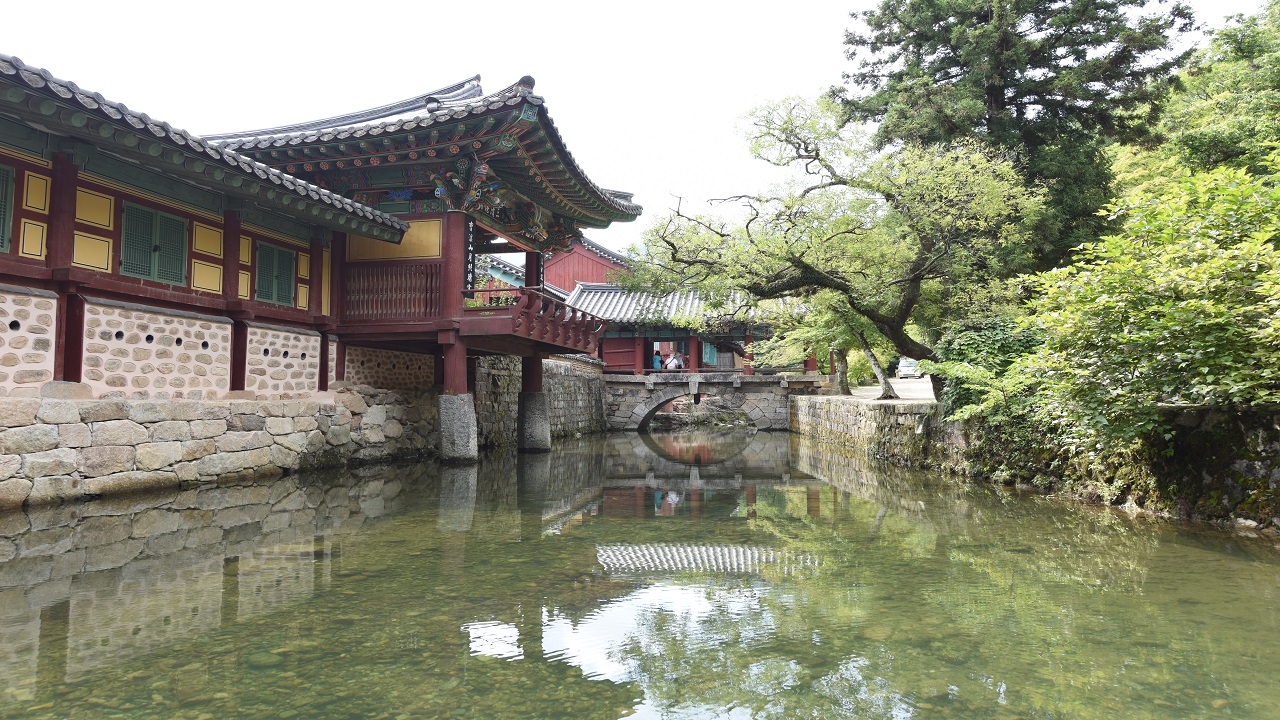 Korea is located at the center of Northeast Asia. As a peninsula facing the sea on three sides, the east of Korea has cruise routes to Japan and Russia, and the Yellow sea has routes to China. The southern sea has routes to Taiwan, Hong Kong, and Southeast Asia, among others.

Korea, boasting five thousand years of time-honored history, has a lot to offer, including a diversity of traditional culture, magnificent tourist attractions, and a natural environment with its landscape well preserved. Indeed, Korea is the optimal destination for cruise tourists to enjoy tourism, shopping, and leisure altogether. 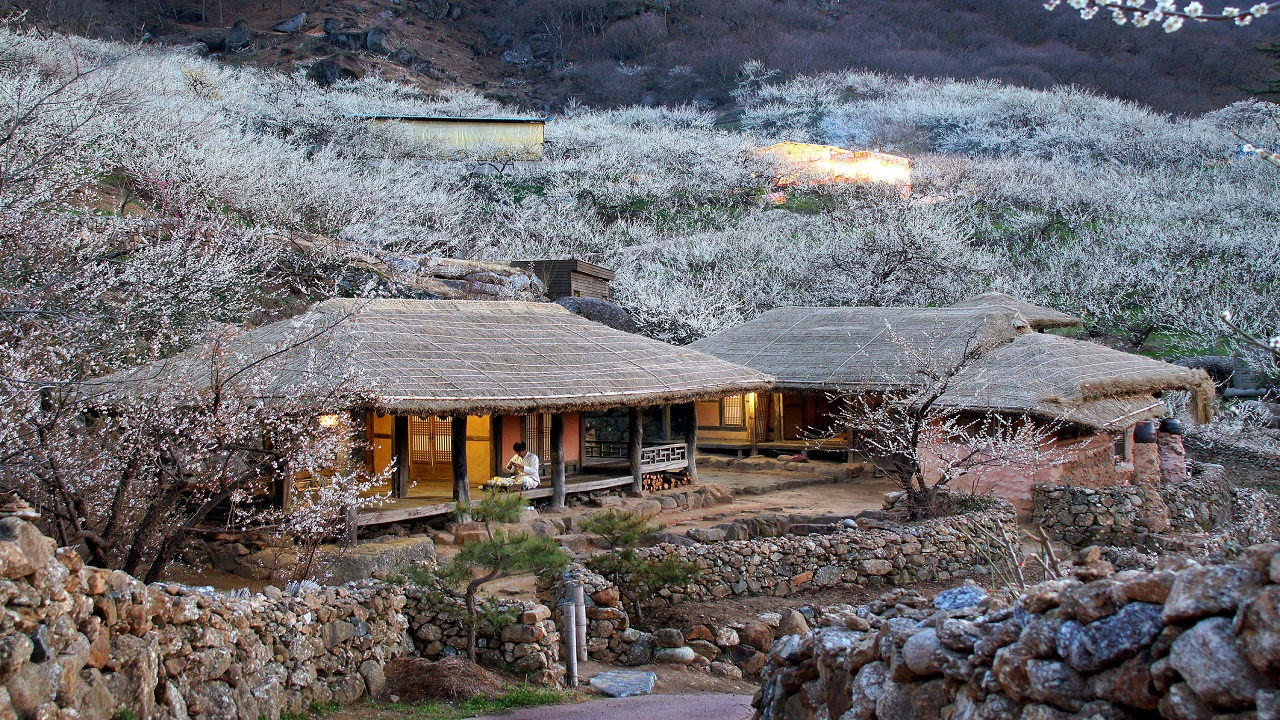 Most of all, amazing foods, Korean pop culture sweeping across the world known as K-wave or K-pop is a magnet to bringing people to the country.

Busan, A City Of Excitement
The port of Busan, the sixth-largest container port, aimed to advance into the marine tourism hub in Northeast Asia and became the first port in Korea to launch a cruise-dedicated terminal in 2006. In 2015, the port opened an international passenger terminal downtown near Busan Station, providing convenient access to the tour for cruise tourists.

Incheon, The Gateway To Metropolitan Korea
The cruise terminal of Incheon ports that opened in 2019 offers docks with a berthing capacity of 225 thousand cruise ships, the biggest in Korea, and two-story terminals with 7,364㎡ floor area ratio.

On top of that, a parking area that can accommodate over 200 vehicles, including 156 big buses, is available for cruise tourists, which adds all the more convenience.

Jeju, Cruise Hub Of Asia
Jeju was recognized as the kingdom of marine trade as exchanges with multiple countries in the Pacific Sea played out in the past. Today, Jeju has many benefits, including pristine nature and geographical advantages optimized as ports of call for Asia cruise ships. That is why not a few cruise ships and tourists are heading towards Jeju. As of 2016, 507 calls for cruise entry and 1.2 million cruise tourists were achieved, making Jeju uniquely attractive ports of call in Asia.

Sokcho, Homeport Of Cruise Tour In East Sea Rim
The port of Sokcho in Gangwondo Province is expected to welcome 18 calls of cruise ships in 2021. In 2018, the ports of Sokcho attracted 20 thousand ton-level cruise homeports and 160 thousand ton-level cruise ships, emerging as the optimal cruise ports connecting Korea with China, Japan, and Russia.

In fact, the port of Sokcho boasts majestic beauty with its great mountain and sea, presenting a golden opportunity to dive into the history and culture of Gangwondo Province.

Yeosu, Lisbon of Korea
The port of Yeosu is surrounded by big and small islands acting as a natural sea wall. With a deep-sea level and wide port size, Yeosu has the optimal physical condition as the ports of call attracting cruise ships. In 2012, the city of Yeosu successfully held International Exposition Yeosu Korea for the first time in Korea, rising as the representative marine tourism city. Tourists can enjoy distinct tourism resources, including marine tourism resources, Odongdo Island with amazingly blossoming camellia, and Hyangiram Hermitage that offers an amazing sunrise.

How about planning a cruise tour to Northeast Asia that offers a uniquely authentic and inspirational memory of beautiful port cities?