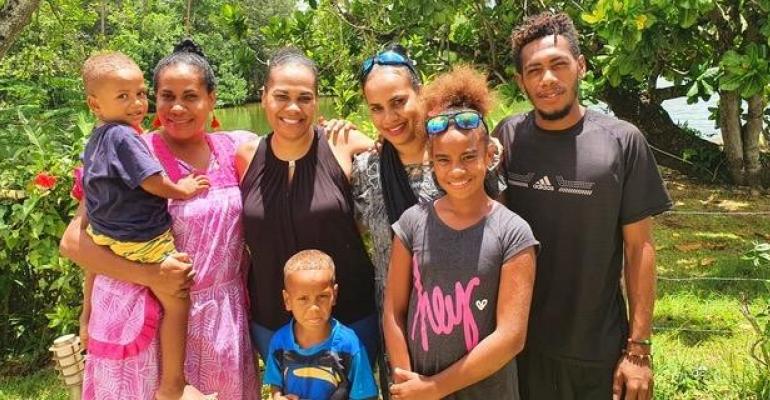 Taravaki could have left P&O Cruises Australia’s flagship Pacific Explorer on an earlier crew charter flight to Fiji and Vanuatu, but volunteered to stay on board to help in the complex repatriation project that involved getting thousands of crew members home.

In doing so, Taravaki became the last of 17,000 crew members from Carnival Corp. & plc ships in the Asia Pacific region to get home in what the company has called ‘one of the biggest ever maritime repatriation operations following the worldwide suspension of cruising.’

In a personal message to Taravaki, Myrmell said: ‘I want to thank you for your contributions to seeing us through this difficult time.

‘I want you to know that your hard work has not gone unnoticed and you should be extremely proud of how you have positively impacted those you work with, your management and the organisation as a whole.’

Myrmell said all Ni Vanuatu crew are ‘valued highly’ and the company looks forward to welcoming them back when P&O Cruises Australia’s pause in operations comes to an end with the anticipated restart of cruising.

Taravaki paid tribute to the company’s shoreside staff who ‘worked 24/7 to make sure everything was under control.’

‘Serah was a wonderful role model and, in volunteering to remain on board for an extended period, she acquired additional skills in administration that will stand her in good stead in the future when cruising resumes,’ Clarissa Jacobs of port agent South Sea Services said.