Most crew from insolvent CMV have been repatriated 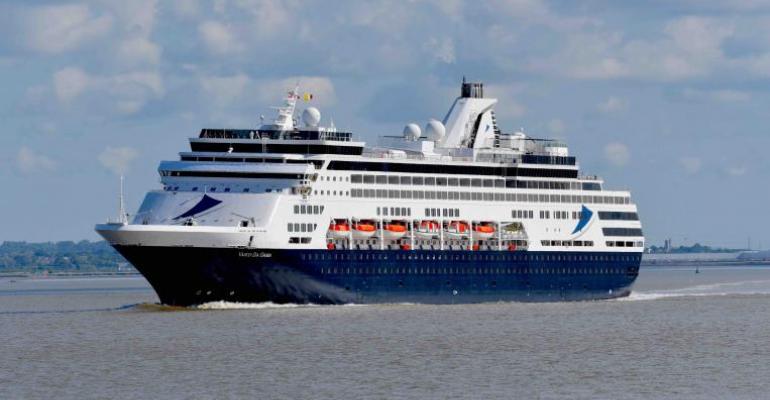 Most crew from Cruise & Maritime Voyages, which went into administration in July, have been repatriated, a UK official said.

'We are very pleased with how it's going. The vessels are now down to minimum safe manning levels and the majority of crew have returned home,' said Katy Ware, UK permanent representative to the International Maritime Organization and director of maritime safety and standards at the UK Maritime and Coastguard Agency (MCA).

Ware spoke during a webinar on seafarer repatriation and international cooperation during the COVID-19 pandemic, sponsored by the Indonesian Embassy in the UK.

Most cruise lines have 'worked tirelessly' to repatriate crew

Noting the UK was one of the first to recognize seafarers as 'essential workers,' facilitating their transit across borders during the pandemic, Ware cited the large number of cruise ships off the UK coast at this time. The majority of cruise lines have 'worked tirelessly to repatriate tens of thousands of their crew,' she said, adding that the UK government has repatriated just over 7,000 seafarers.

When the UK went into lockdown, the MCA stopped service inspections to protect its staff and seafarers.

In May, the agency became aware of a potential suicide on Cruise & Maritime Voyages' Vasco da Gama. Because the ship was COVID-free, the agency decided not to attend the vessel though it flagged the issues on board. Over time, MCA heard more and more from Tilbury and Bristol, where the ships were berthed, about what was happening. This culminated in the IMO calling a meeting.

The vessels were then attended, and, as reported, five of the six were detained on Maritime Labor Convention grounds including expired seafarers' employment agreements, failure of payment and, Ware said, 'our biggest concern ... the real lack of any efforts to be made to repatriate crew.'

MCA is still working with those vessels. Three were detained by the Admiralty Marshal, which means the Admiralty Marshal is responsible for the welfare of those crews. In parallel, with the other three ships, MCA worked closely with the Indonesian Embassy, the ships' flag states and the protection and indemnity clubs because when CMV parent Global Cruise Lines went into bankruptcy, the P&I cover for repatriation kicked in, with the clubs ultimately left to organize crew repatriation.

Ware recognized Indonesia's 'due diligence' and 'very active approach' in respect to repatriating their seafarers.

'We were criticized, but we were also praised. We don't doubt what we did ... We didn't set out to make a statement. We set out to do what is right. As far as the UK is concerned, seafarers are nonnegotiable and the MLC is nonnegotiable.'