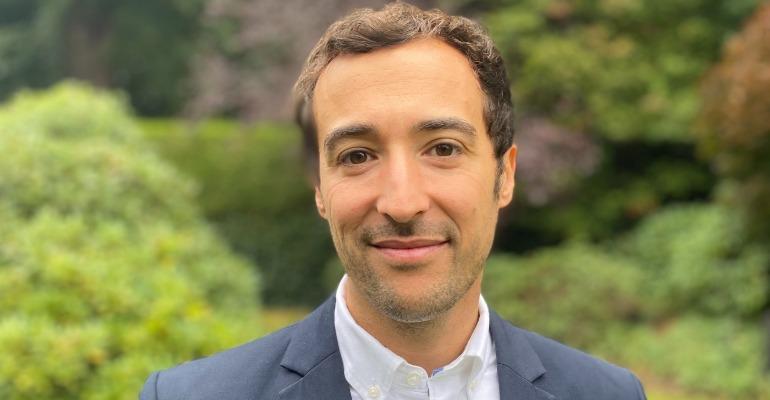 Charles Watkins joins an expert panel for the live webinar 'Caring for Crew: Mental Health On Land And At Sea' on December 18

The case for having a ‘psychological first aid responder’ on board cruise ships with the skills to ‘deescalate and stabilise’ crew members experiencing mental health issues, is being made by founder of Mental Health Support Solutions (MHSS), Clinical Psychologist and Psychotherapist Charles Watkins.

‘The protocol would start with a person on board knowing what to do in a traumatic event, being trained in psychological first aid and being able to apply those techniques as quickly as possible,’ says Watkins, ‘because the quicker you act, the easier it is to stabilise everyone on board to make them feel safe and secure.’

According to Watkins, a clinical background is not required to be able to deliver psychological first aid, meaning training could be given to those working in other roles on board cruise ships. ‘It’s there for people who don’t come from clinical backgrounds, but are maybe interested in the subject or are generally very empathetic: they like to listen or talk to people, have a way with words or they are able to connect in some way or some form with the topic. Those are the people who would be trained, they would be regular non-clinical people.’

MHSS provides a 24/7 helpline service, where those on board cruise ships can reach out for emotional relief, psychoeducation, and sleep and mental hygiene advice. So far, it has received phone calls from both crew members and captains wishing to impart advice to other seafarers, as well as urgent calls for crisis interventions.

‘Some cultures may be more apt to express anger; some cultures may not show anger at all. In some cultures, it’s a sign of weakness to show anger, so crew members bottle it up and that can turn into something else: depressive episodes, sadness, isolation. So, understanding culture helps understand the individual, and that helps to design the intervention and to improve communication,’ observes Watkins.

‘Some crew members get frightened by news articles on spikes in numbers in their own country, they read about it a lot and ruminate as they try to find out what’s going on,’ explains Watkins. ‘It’s a direct effect in terms of worrying, creating anxiety, having to use social media much more than they used to, then you have restlessness and sleeplessness.

‘Concern about people at home often creates worry, but also not knowing when they can leave the ship. Some people might have extended their contract for a long time, without knowing when the pandemic will allow ports to open for crew changes. That waiting can really create a lot of anxiety when they’re stuck there on the ship.’

So says Watkins, ‘not being able to control what happens, not being able to leave [the ship] and then worrying about the very fact that it [the virus] could be in close proximity and you could be exposed to it, can certainly be a serious thing.’

While ‘the negative stigma is losing its strength and the positives are cropping up of mental hygiene and good coping strategies,’ Watkins asserts that there are still obstacles to overcome to prevent mental health issues being ‘the dark hole that nobody understands.’

‘People are afraid of losing their job because of mental health related issues, they might think they will be declared unfit for sailing, so it’s sometimes very hard for people to be able to trust the process of opening up: they don’t know how much they can share.

‘Bullying is still a big topic, it doesn’t happen as often as it used to, but it’s still there… I think that’s something very important to highlight; that it should never be accepted and [managers] should step up when they notice it.’

Supporting crew members on and off the vessel

‘It starts with recognising crew members at risk,’ outlines Watkins. ‘We offer support by showing crew members short videos that explain what they can do to positively influence their mental health on board.

‘We always look at things holistically: foods that specifically decrease stress levels, aid digestion, help you stay motivated and influence hormones positively when you eat them. We’re looking at it all from all sides and making sure crew are getting the best out of all areas.’