Cruise is behind other industries in DEI, says RWS Entertainment's Stana 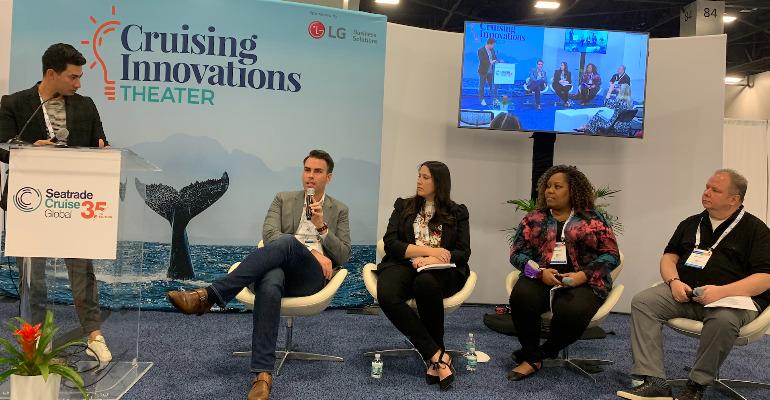 Speaking at the Cruising & Innovation Theatre’s ‘Diversity and Inclusion with Onboard Entertainment’ session, Stana explained that this is owing to an ‘aesthetic first’ attitude towards performers in the entertainment business - and is ‘another level we have to work on’ following the cruise industry’s restart.

‘If we don’t do this,’ he added, ‘we won’t have performers on board… This is a global focus, we all need to take action.’ His message to cruise lines was to seek guidance on best practice regarding DEI, urging, ‘spend that money to bring in that consultant… take that risk and do it, it will change everything for you.’

Mark Brandon, executive theatrical casting director, Binder Casting recounted one experience of a performer being offered a bandaid that matched their skin colour, describing the gesture as ‘making all the difference in the world to that sense of belonging.’ He also endorsed the use of initial video auditions over those in-person, for giving those without the means to get to the audition room equal opportunity: ‘It’s more inclusive, they don’t have to fly in,’ he said.

Applauding Virgin Voyages’ strong ethos around diversity, Elizabeth Sauter, casting director, RWS Entertainment Group declared, ‘We want to see a diverse representation of humanity on stage’ and suggested that cruise lines respect performers' chosen pronouns, in addition to using names instead of number badges during auditions to ‘make them [performers] feel seen.’ She spoke too of desiring to see an amalgamation of ‘crew culture and the separate guest culture’ on board vessels.

The comments were followed by consultant Lindsay Roberts, Lindsay Roberts Consulting, who looked at the opening up of job descriptions to bring in a wider talent pool.

Moderator Nikko Kimzin, Arts and Equity Consultant, Kimzin Creative brought the #weseeyouwhiteamericantheatre hashtag to the forefront; used to ‘call out’ injustices in the performance space, its associated web page advocates for change.

Explaining that RWS performers must have DEI in the contracts they sign, Stana encouraged performers to ‘come together’ and ‘stand proudly.’ Proclaimed the RWS CEO: ‘We feel like change makers in this industry.’