NCL's 'Embark' series kicks off with 'The Choir of Man' 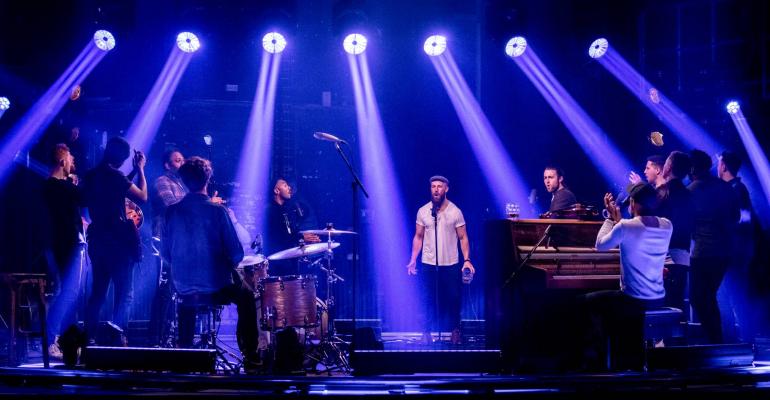 The first episode invites viewers into London's historic West End Garrick Theatre where 'The Choir of Man' cast comes together for the first time in many months
Norwegian Cruise Line unveiled 'Embark – The Series,' inviting the public to experience brand elements leading up to its sailing comeback.

The first episode invites viewers into London's historic West End Garrick Theatre where 'The Choir of Man' cast will come together for the first time in many months. The episode will include performances and a look at how the cast is managing through this period.

'The Choir of Man' is an immersive pub experience featuring 'ordinary guys' who perform everything from sing-along classics to classic rock, laced with poetry and intimate conversations.

Supporting performers and connecting with guests

'Entertainment unites us, allowing us to forget our worries, even if just for a short while,' said NCL's Richard Ambrose, SVP entertainment. ' ... While theaters are closed and gatherings are limited, we want to support our fellow performers while connecting with guests in a meaningful way.'

Produced and directed by Nic Doodson, one of the creative minds behind 'The Choir of Man,' the nearly 40-minute episode will first stream live at www.ncl.com/embark on Nov. 19 at 9 p.m. EST, before being made available on demand.

Further details about 'Embark – The Series,' will be shared in the coming weeks.