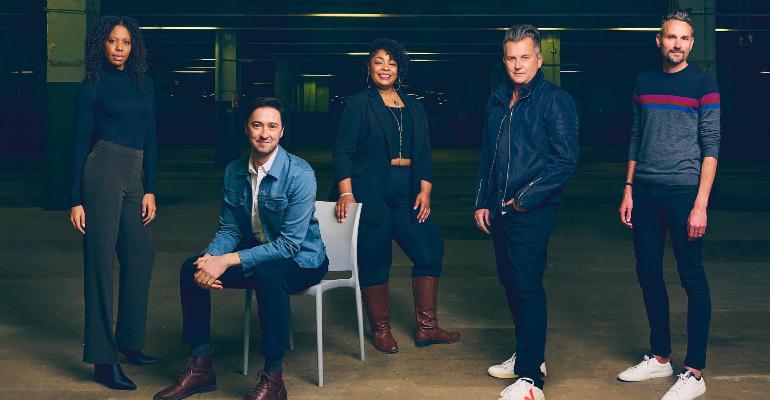 ‘The level of natural talent and boundary-pushing creativity that Jason and Damien bring to our team is invigorating,’ remarked Craig Laurie, EVP creative, RWS Entertainment Group. ‘Both are uniquely qualified to bring a vibrant perspective to our productions. With more than 30 years of combined skill, creativity and insight into live and immersive experiences, our clients and their guests will be thrilled with the results.’

An award-winning creative director and choreographer, Sparks has worked in a range of performance settings, from Broadway musicals and independent short films to award shows and concert dance.

He has served as the associate to British director and choreographer Warren Carlyle on multiple Tony Award-winning Broadway productions, including 'Hello, Dolly! with Bette Midler,' 'Kiss Me, Kate; She Loves Me' and 'After Midnight,' as well as choreographing productions for New York City Ballet and the Tony Awards.

For Universal Studios and Illumination Entertainment, Gray created the concert spectacular, 'Sing on Tour' (based on the animated film by the same name,) which is now playing at the Illumination Theatres in Osaka and Beijing. He also created both 'Steps in Time,' at Disney California Adventure and 'Animagique' for Walt Disney Studios in Paris.

With prior experience as manager, talent casting at Royal Caribbean Group, Brown has more than 20 years’ experience in the entertainment industry. His body of work includes casting for Broadway, concert and performance venues across the globe. He teaches young artists and holds a professorship.

With a background performing for RWS, Lucas began her casting career in New York City assisting in various casting offices and working on projects including national tours, regional theatre productions and musicals on major cruise lines.