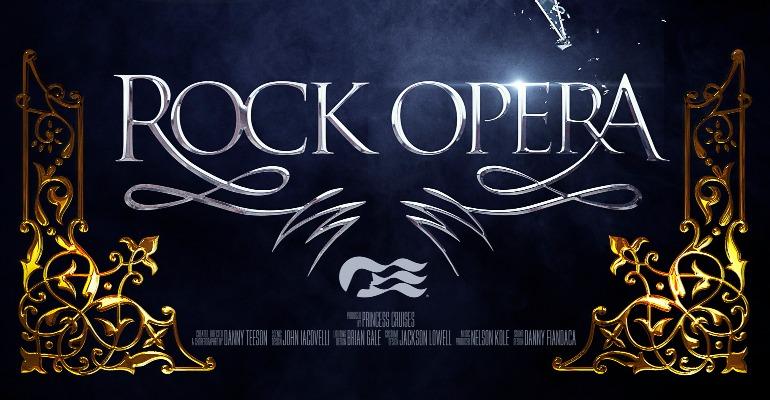 MedallionClass ships Regal Princess and Sky Princess will feature music, dance and ‘a large orchestra’ when they sail the UK this summer.

‘Some of our most popular theatre productions will return on our MedallionClass ships for these Summer Seacations, bringing West End quality shows to our guests,’ said Tony Roberts, vp, Princess Cruises UK & Europe.

‘Rock Opera,’ which debuted on the 3,660-passenger Sky Princess in late 2019 and was created exclusively for Princess Cruises, will be performed. It includes avant-garde fashion with a musical soundtrack spanning classic rock, opera and musical theatre, sung in English, Spanish, Latin and American sign language – a first for the cruise line.

In Sky Princess’ Take Five will appear a live jazz trio; blockbuster films will air on the 300 sq. ft. Movies Under the Stars screen.

Production shows  on board Regal Princess are to include ‘Sweet Soul Music’ and ‘Bravo,’ which combines classic light opera with popular music.

Passengers on both vessels will be able to participate in Games Under the Stars, location-based scavenger hunts and have the ability to stream movies, shows, games and music through MedallionNet Wi-Fi.

Regal Princess and Sky Princess will sail roundtrip from Southampton between July and September this year, offering scenic UK cruises and voyages with stops in Liverpool, Belfast and Greenock, with itineraries ranging from three to seven nights.