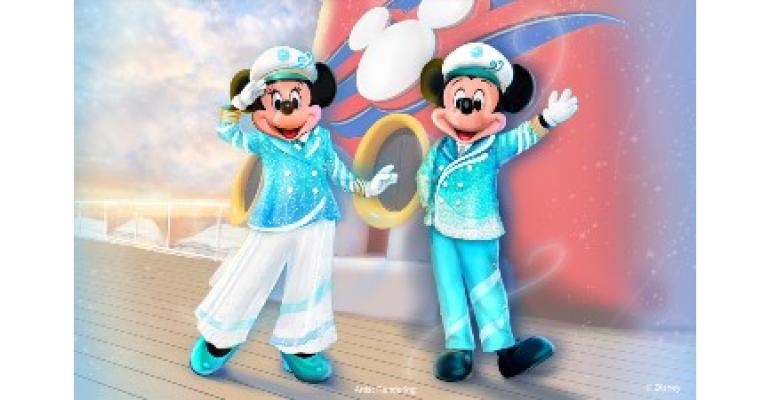 Disney Magic embarked on its maiden voyage in July 1998, beginning a new kind of family vacation.

From May through September 2023, travelers are invited to take part in limited-time Silver Anniversary at Sea offerings across all five Disney ships.

'For two and a half decades, Disney Cruise Line has built an incredible legacy of creating unforgettable vacation memories for families around the world,' said Sharon Siskie, SVP and general manager, Disney Cruise Line. Cast and crew members will be at the heart of the anniversary celebration, she added.

Disney Cruise Line will debut a signature song to serve as the soundtrack of the celebration, and new family entertainment and activities will culminate in shimmering evening experiences. Themed culinary creations, from desserts to cocktails, will be offered throughout each cruise.

Additional details about entertainment, merchandise and other celebratory experiences will be announced at a later date.

For loyal cruisers, the Castaway Club will add a new tier, Pearl status, after 25 Disney cruises, with new at-home and onboard benefits to be announced in early 2023.

Silver Anniversary at Sea voyages will sail to the Bahamas, Caribbean, Europe and Alaska.

Disney Magic will cruise from PortMiami to the Bahamas, including Castaway Cay, and the Caribbean, May 24 - Sept. 4. Disney Wonder will sail from Vancouver, BC, to Alaska, May 15 - Sept. 11, with calls at Juneau, Skagway, Ketchikan and other ports.

From May 7 to Sept. 17, Disney Dream will sail trans-Atlantic and European cruises including the Mediterranean, Northern Europe and the Greek Isles.

Port Canaveral-based Disney Fantasy will cruise to the eastern and western Caribbean, each with a stop at Castaway Cay in the Bahamas, May 6 - Sept. 2. And the new Disney Wish, also based at Port Canaveral, will sail to Nassau and Castaway Cay May 1 - Sept. 8.