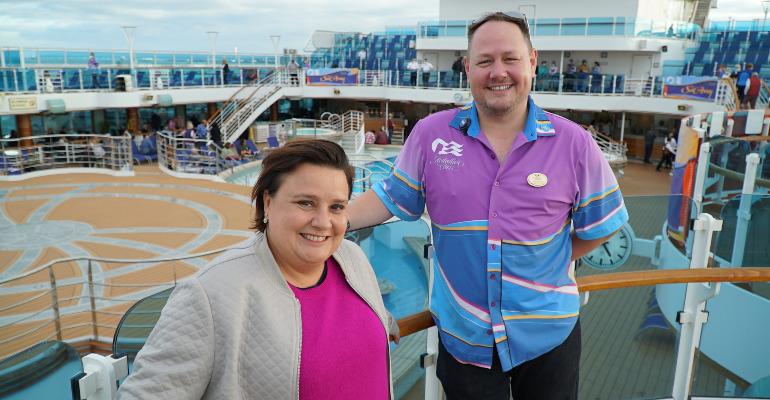 Regal Princess will appear in ‘Cruising with Susan Calman’ – a new series coming to Channel 5 in the UK, which will see the Scottish comedian onboard the ship for its 12-night Canary Islands cruise.

The Princess Cruises vessel features in the first two episodes, sailing from Southampton to the islands of Gran Canaria, Tenerife and Lanzarote, before heading to Madeira and the Spanish port of Vigo.

Episode one airs on April 1 at 9pm with the second showing April 8 at 8pm.

‘We’re looking forward to viewers following Susan Calman as she enjoys everything a Princess cruise has to offer,’ said Tony Roberts, VP, Princess Cruises UK and Europe. ‘And for those who would like to experience the same voyage that Susan travelled on, both Enchanted Princess and Sky Princess are offering Canary Islands itineraries roundtrip Southampton this year.’

In the programme, Calman is shown cocktail flaring, flower arranging for a wedding at sea, enjoying a pampering session and serving afternoon tea in The Sanctuary. She is also shown using the Ocean Medallion - the wearable device that enables expedited contactless boarding, the ability to locate friends and family anywhere on the ship, and allows for having food, drinks and retail items delivered to wherever passengers are onboard.

The 3,560-passenger MedallionClass ship sails around the Mediterranean and Greek Isles from March to November with departures from Athens, Barcelona, and Rome.