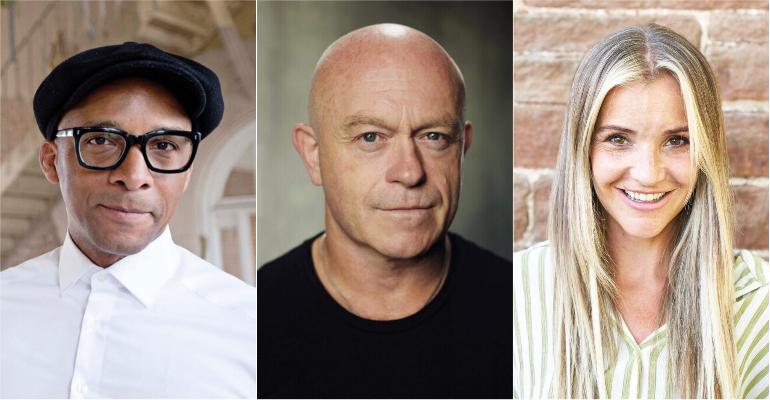 UK television personalities Jay Blades, Ross Kemp and Helen Skelton will join one of ‘P&O Cruises Presents: Sail with the Stars’ voyages, a concept that presents celebrities from a range of popular disciplines.

Each voyage in the series is operated by Ventura, sailing roundtrip from Southampton.

The ‘P&O Cruises Presents: TV Talent’ cruise will involve behind the camera insights with Blades, Skelton and Kemp.

While presenting kids’ show 'Blue Peter,' Skelton became the second woman ever to complete the Namibia Ultra Marathon, break two Guinness World Records while kayaking over 2,018 miles down the Amazon River, and become the fastest person to travel 100km by ski, as she made her way 500 miles across Antarctica to the South Pole. She has been part of nature programme Countryfile’s presenting team since 2012, and most recently won a place in the final of BBC’s 'Strictly Come Dancing 2022.'

Blades inspires individuals, companies and charities to transform old furniture into works of contemporary design. He has hosted BBC1’s primetime show 'The Repair Shop' since 2017, which sees craftspeople restore treasured items. In 2021, he starred in BBC2’s 'Jay’s Yorkshire Workshop' where members of the public nominated local heroes from across Yorkshire to receive a bespoke piece of furniture to acknowledge the work they do for their community.

The seven-night sailing leaves for Western Europe on May 20. Ports are Vigo, Lisbon, Porto (from Leixoes) and Guernsey.

Sports enthusiasts will have the opportunity to hear memorable stories and participate in games and entertainment as part of the seven-night ‘P&O Cruises Presents: Sporting Icons’ cruise. It will include broadcaster trio Sue Barker, Matt Dawson and Phil Tufnell, as well as former British snowboarder and TV presenter Aimee Fuller. Departing September 2, the ship will visit Spain and Portugal calling Vigo, Lisbon, Porto (from Leixoes) and Cherbourg.