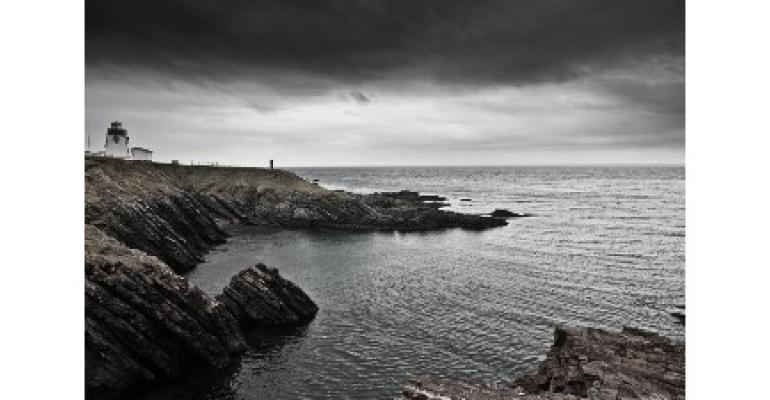 After Fiona's hurricane-force winds and torrential rains swept through Atlantic Canada Saturday during peak cruise season, some destinations fared better than others.

Normal operations at Port of Halifax

But on Cape Breton, Sydney is still undergoing assessment and calls through Wednesday have been canceled. However, ships currently are scheduled starting Friday.

Cape Breton has been under a state of local emergency amid widespread power outage, road closures, displaced residents and structural damage.

At Cape Breton's Louisbourg, a cruise call was canceled Monday. Following a site inspection today, Sydney port staff reported the Louisbourg docks seemed to fare OK but the town is without power and has damaged trees and downed power lines.

Louisbourg's next call is expected on Oct. 5.

The Fortress of Louisbourg is closed until at least Oct. 3. Parks Canada reported significant damage to the access and emergency road which washed out, making it impassable. Alexander Graham Bell National Historic Site will remain closed to visitors until power is restored.

At Nova Scotia's Lunenberg, there was no damage to the dock and the port is ready to receive its next cruise ship on Wednesday.

Pictou had no damage to its wharf area but most of the town is still without power. The next cruise ship is expected Friday for an overnight stay.

Prince Edward Island's Port Charlottetown took the decision, with the support of tourism partners, to cancel all cruise calls through Friday.

'As PEI’s major marine gateway, our first priority is to work alongside our stakeholders and community members to address the aftermath of this historic storm,' said Mike Cochrane, CEO, Charlottetown Harbour Authority. 'Our focus will be on cleanup, safety measures and making sure our port is readily available for any emergency efforts needed to restore our beautiful island.'

Cochrane told Seatrade Cruise News the port lost one of the busiest weeks of its cruise season with 10 calls scheduled, all of them large ships.

Port Charlottetown had been poised to hold a ribbon-cutting ceremony on Tuesday for its new berth expansion. This has been postponed.

The port said it will continue to assess the situation throughout the week as more information becomes available from across the Island and tourism operators.

'Safety remains our top priority, and we are very mindful of Hurricane Fiona's impact on our island,' Cochrane added. 'We look forward to resuming cruise arrivals when it is safe to do so and once again welcoming visitors to our premier destination.'

At Îles de la Madeleine, to the north of PEI and Cape Breton, the storm was 'bad but nothing like in Atlantic Canada,' according to Denis Bourque, cruise development manager. There are some damages but not to the wharf, which has been cleaned and is ready to welcome cruise ships.

Some of Fiona's most devastating impacts occurred on the western tip of Newfoundland at Port aux Basques, where a woman died after being swept into the sea when her home collapsed.

To the north, at Corner Brook, there were high winds but not much disruption at the port. Corner Brook lost two calls, an overnight stop by Amera on Friday and Seven Seas Navigator on Saturday, but picked up a call on Monday.

And at St. John's, far to the east, port operations have remained normal. Greg Mortimer was scheduled to call Monday, and Seabourn Quest on Tuesday for an overnight stay.

South of Newfoundland, the French overseas collectivity of Saint-Pierre et Miquelon lost one cruise call, for this coming Thursday.

For Port Saint John, a hurricane started cruises calling in 1989

New Brunswick's Port Saint John missed calls by Celebrity Summit and Caribbean Princess on Saturday but picked up a visit by Norwegian Getaway Sunday. On Tuesday, Enchantment of the Seas and Insignia are booked. However, Seven Seas Navigator, scheduled for Long Wharf, canceled as the port works to rebuild the tent there.

This week Port Saint John still plans to hold a public celebration for the resumption of cruising following the pandemic shutdown — 70 calls, 11 of them inaugural visits, are expected this season. 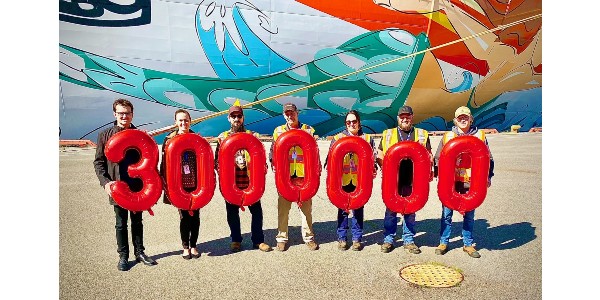 Saint John's first cruise call, in 1989, was a hurricane-diverted ship. As of this week, it will have tallied 3m cruisers since then

And Saint John will welcome the 3 millionth cruise visitor since the port began getting cruise business. Officials there noted the first cruise call, Cunard Princess in 1989, was an unexpected arrival — due to a hurricane diversion from Bermuda.

Thanks to Sarah Rumley, executive director of the Atlantic Canada Cruise Association, for information that went into this update