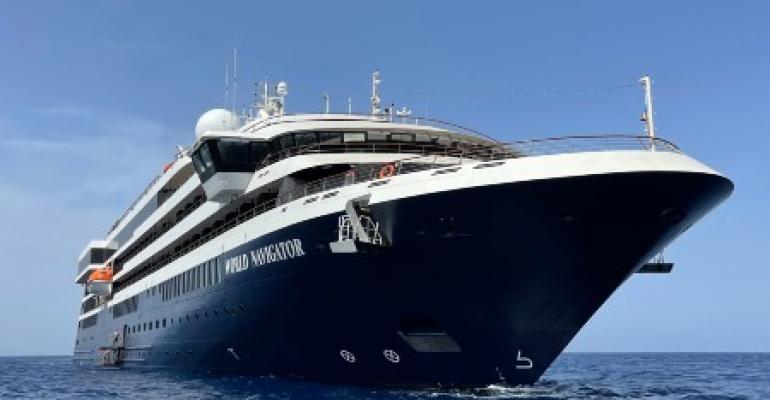 Seven passengers of 145 tested positive along with a handful of crew out of the complement of approximately 127, according to a company spokesman.

'Our guests and crew’s health and safety is our top priority and in an abundance of caution, we must quarantine and sanitize the ship and cannot proceed with this Antarctica expedition,' Atlas said in a statement.

Travelers at Orlando before charter flight

Passengers had already arrived at Orlando International Airport on Jan. 5 to catch Atlas’ private charter flight to Ushuaia, Argentina, where they were to embark World Navigator. Antarctica passengers gather in Orlando where all get PCR tests before boarding the plane, creating a 'bubble' en route to the ship.

The impacted passengers are being hosted for a two-night hotel stay and dinners in the Hyatt Orlando International Airport as Atlas rebooks flights for their return home Jan. 7. The line also provided a complimentary one-day pass to an Orlando theme park and shuttle service to Orlando today.

The Atlas spokesman said World Navigator's Jan. 15 cruise is 'absolutely' expected to go ahead. Travelers are scheduled for the charter flight from Orlando Jan. 14 and, as per standard procedure, will receive PCR tests there before getting on the plane.