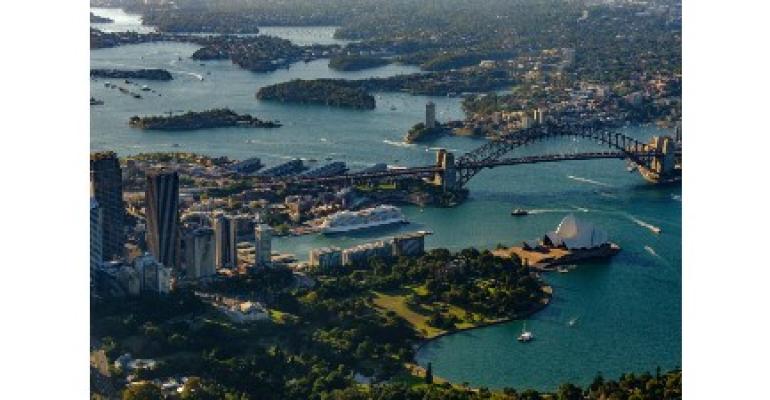 A Viking ship is pictured in Sydney in this file photo. Viking Orion is scheduled to arrive Sydney on Jan. 4, according to AIS data

Viking Orion was unable to dock in Australia for a stretch of six days after biofoul was detected on its hull.

Officials in Adelaide discovered potentially harmful organisms, identified by some media as a sea snail, which had to be removed by divers before the ship could enter Australian waters.

That cleaning operation completed, Viking Orion put in to Melbourne on Monday for immigration clearance and is heading to Sydney for a scheduled Wednesday arrival.

'The ship has now returned to her planned itinerary,' Viking said in a statement, adding that this followed the cleaning of 'a limited amount of standard marine growth.'

Biofoul, or biological fouling, is the accumulation of microorganisms, plants, algae or small animals on a ship's hull. Australia routinely inspects for biofoul to prevent the introduction of potentially harmful non-native species.

The 2018-built ship has capacity for 930 passengers. It is not known how many are onboard this cruise.