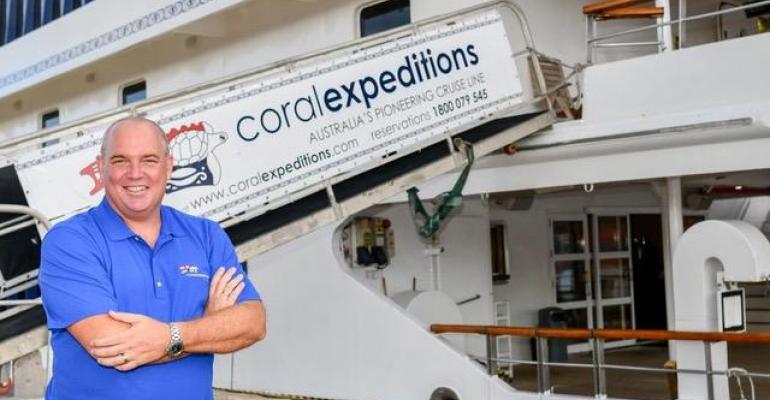 As reported here, Coral Discoverer had to return to Hobart after leaving January 1 for a ‘Circumnavigation of Tasmania’ voyage.

Gillies said the company holds all licenses and permits to operate the voyages.

He said Coral Discoverer resumes in Tasmania on January 27, Coral Adventurer has no interruption and continues with its South Australian programme and Coral Geographer has a new seven-night Great Barrier Reef voyage on January 20 and will then steam to Broome.

In the event of any future cancellations, passengers will be informed at least seven days ahead of departure.

A negative PCR test remains a requirement to embark, with pre-cruise testing extended to 90 hours to facilitate timely results.

Until March 31, under a ‘liberalised reservations’ policy passengers unable to travel for any reason may defer travel to a later date. Coral Expeditions will provide a 100% cruise credit to the value of what has been paid. This credit can be used for any future voyage.