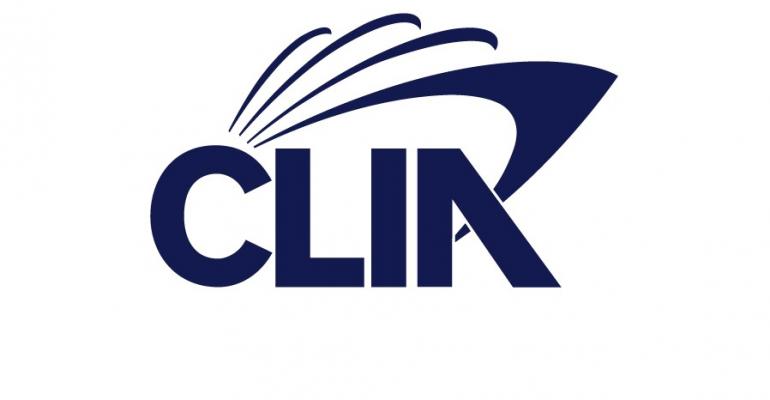 Cruise lines are moving forward on environmental technologies that benefit all of shipping despite being one of the sectors most impacted by the pandemic.

Yet there are roadblocks including the lack of alternative fuels to achieve decarbonization and a debate about cruising's role.

A new annual Cruise Lines International Association inventory and report by Oxford Economics shows where the global fleet stands in a broad range of environmental matters. And, for the first time, the report addresses the challenge posed by the need for alternative fuels plus steps the industry is taking to support progress in this area.

CLIA members in 2018 committed to a 40% reduction in the rate of carbon emissions by 2030, compared to 2008, consistent with the International Maritime Organization’s carbon intensity reduction level of ambition. They're also pursuing net carbon neutrality by 2050.

'Our oceangoing members are investing in new technologies and cleaner fuels now to realize this ambition,' CLIA President and CEO Kelly Craighead said.

CLIA represents 90% of the global cruise fleet, with its member lines comprising 267 ships. The report includes data received from 96.7% of the fleet.

The CLIA fleet counts 26 LNG-powered ships — four already operating and 22 on order — so 52% of newbuild passenger capacity is committed to LNG for primary propulsion, up three points from 2020.

Beyond LNG, over three-quarters of the cruise fleet by passenger capacity is now equipped to use alternative fuels. Alternatives to heavy fuel oils being developed include biodiesel, methanol, ammonia, hydrogen and batteries.

Engineering, supply and regulatory hurdles remain before the large-scale adoption of such fuels can take place, but the cruise industry’s growing investment in new ships is facilitating the research and development of these fuels.

That's why CLIA Global Chairman Pierfrancesco Vago called the cruise industry 'an enabler of green maritime innovation, which will be the key to decarbonization of shipping.'

Last year CLIA joined other maritime organizations to propose a $5bn IMO research and development fund over 10 years to accelerate the development of zero GHG fuels and propulsion technologies.

In addition, CLIA has joined with other entities to urge IMO consider market-based measures which can incentize the industry toward the uptake of new zero-carbon fuels and technologies.

A structured program to investigate such fuels is needed. 'We are hoping that through an IMO Research and Development Board we can do that,' Brown said. 'We think it's critical that these ships be available in the 2030s in order to meet the existing levels of amibition at the IMO but even sooner at the regional level.'

Plus, the lead time for cruise newbuilds must be taken into account.

Together with its R&D fund proposal, CLIA submitted analyses to IMO that identify pathways to these technologies and what levels of investment and milestones would be needed.

'I don't think there will be a single fuel that will emerge as the clear winner,' CLIA Europe outgoing Director General Ukko Metsola said. Even within the cruise industry, different types and sizes of ships and the area of operation will likely require different solutions. So it'll probably be a combination of things, such as dual fuel tanks with complementary battery packs.

Metsola noted hydrogen is the main political focus in Europe now. Green hydrogren could be used to develop synthetic LNG, so LNG cruise ships and the shoreside energy infrastructure could enable net-zero carbon operations. That's one reason why LNG needs to be part of the transition, he said.

In any case, because of all the unknowns and complexity, 'It's unlikely we all go for methanol and that's it,' Metsola said. 'It's got to be more diverse going forward.'

Cruise lines continue to make significant investments for their ships to connect to shoreside electricity, with 65 ships (34.5%) of the CLIA fleet currently able to do so, 58 others (22.4%) planned to be retrofitted and 51 newbuilds to be shore power-ready.

However, significant investment in portside infrastructure will be required. Currently, just 14 cruise ports globally offer at least one shore power-capable berth, according to Brown.

There are, though, many collaborations between cruise lines, ports and local authorities to increase the availability.

And the European Commission's proposed Fit for 55 climate package means a zero-emissions requirement in European ports by 2035. So ports should have a strategy in place, Metsola urged, adding that at least 37% of economic recovery funds have to be invested in climate initiatives so funds are available.

'I suspect we will see a rapidly accelerating investment' over the next 10 years, he said. 'It seems countries like Spain, Italy and, hopefully, Greece, are helping the shipping industry through allocation of funds to shore power.'

Additionally, 94% of non-LNG newbuilds will have the systems installed.

The report shows 100% of new ships on order are specified to have advanced wastewater treatment systems and currently 74% of the CLIA oceangoing fleet is equipped with them, an increase of four points over 2020.

Moreover, nearly 20% of ships by passenger capacity have systems approved and capable of meeting the nitrogen and phosphorous discharge standards of the IMO MARPOL Annex IV Baltic Sea Special Area.

However, he said governments and the public often 'fail to connect the dots between the cruise industry and the overall maritime industrial cluster in Europe and how cruising underpins that.'

Cruise newbuilds comprise 80% of the commercial orderbook value of European shipyards. 'Therefore, the cruise industry needs to be at the heart of this ... green transition,' Metsola said. 'Our member lines are already investing very heavily in going above and beyond anything that is happening in the wider maritime cluster anywhere.'

European yards remain globally competitive and lines are working with them to accelerate the pathway to decarbonization, he continued, pointing to next-generation fuel cell technology as one example. (Just recently Royal Caribbean Group announced the Silversea Evolution vessels at Meyer Werft will have fuel cells capable of supplying 100% of energy needs alongside.)

'If you think about the Green Deal and the underlying assumption that European industries can generate green growth through this green transition, it is hard to see how that could happen if cruise lines were not playing the leading role that we truly want to play in this process,' Metsola said.

Yet there's an active debate about cruising's part.

'We are in a position to actually achieve wider green goals but we also need some public support,' Metsola said, adding that decarbonizing shipping is recognized as the most difficult sector.