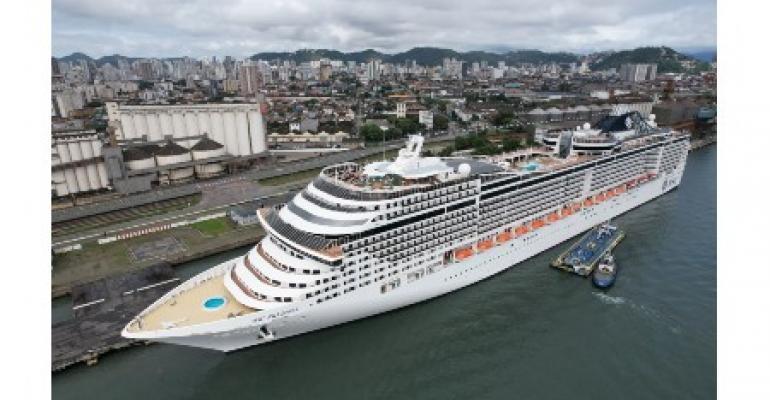 This affects MSC Cruises and Costa Cruises, whose ships will halt after their current sailings are completed as scheduled.

CLIA Brazil said it has begun urgent talks with the ministries of health, tourism and infrastructure, health surveillance agency ANVISA and state and local authorities to go over issues related to the interpretation of health and safety protocols that were approved prior to the start of the cruise season in November.

The association maintained cruise protocols far exceed those of most other industries and remain effective to mitigate the risk of COVID-19, adding that cases identified on cruise ships consistently make up a very slim minority of the total population on board.

CLIA Brazil also warned that after the suspension to Jan. 21, the current season may be canceled in full if there's no alignment to allow operations to continue.

According to the association, MSC and Costa and their passengers in recent weeks have experienced a series of situations that make it impractical to continue cruises at this time.

Operational interruptions and inconvenience to passengers

'The operational interruptions have failed to consider the effectiveness of the industry’s protocols and, as a result, have caused significant inconvenience to guests who were looking forward to their vacation at sea under the health and safety protocol,' CLIA Brazil said.

'We are extremely concerned that the cruise industry’s robust health and safety protocols, developed in partnership with the appropriate authorities and which have proven effective, are being questioned at a time that they should be held up as a model for others,' the association said in a statement. 'It is very unfortunate that our cruise line members are being forced to make this decision in Brazil. However, it is important that there is harmony between the ship protocols and the agreements in place on land. We look forward to clarifying these agreements to assure a seamless plan between the companies and the authorities at all levels.

“As an industry we remain committed to resuming operations and returning to generate the positive impact to the tourism restart in the country, if regulatory conditions will allow and we look forward to finding solutions to the open issues with the authorities.'

Further protocols include completion of a health screening form and contact tracing measures and daily communication with ANVISA, municipalities and states.

CLIA Brazil said the current cruise season was projected to tally 360,000 passengers  with an impact of R$1.7bn (US$301m), in addition to the generation of 24,000 jobs across numerous sectors. A past CLIA Brazil study in partnership with FGV estimated that each ship generates around R$350m of impact for the Brazilian economy.