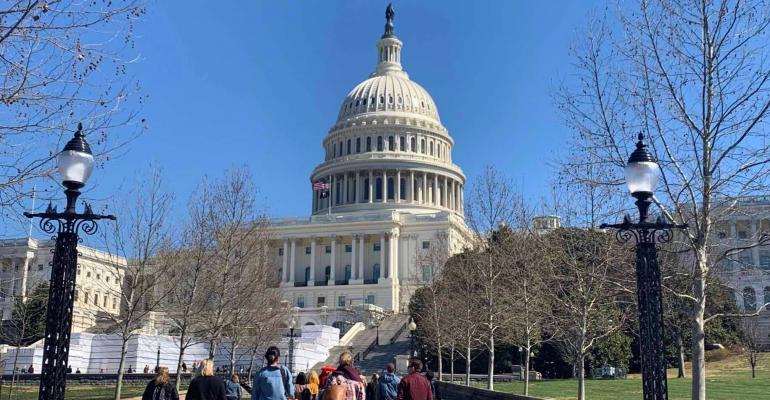 Rep. Doris Matsui and Sen. Richard Blumenthal cited the COVID-19 cases on the SeaDream I, the first Caribbean cruise to sail since March

Two Democratic members of Congress asked the Centers for Disease Control and Prevention to reinstate the no-sail order for cruise ships and reverse course on efforts to resume cruise operations.

Rep. Doris Matsui of California and Sen. Richard Blumenthal of Connecticut cited the COVID-19 cases on the first Caribbean cruise to sail since March.

SeaDream I's Nov. 7 cruise from Barbados was cut short on Wednesday after a passenger reported symptoms and then tested positive. Ultimately, seven passengers of the 53 on board were found to have the virus. No crew tested positive.

'In light of these disturbing reports, we feel strongly that you should reverse course on the recent decision ... to take a phased approach to restarting cruise line operations in the United States,' Matsui and Blumenthal wrote to CDC Director Dr. Robert Redfield. 'Instead, we implore you to extend the prior no-sail order until a time when the health and safety of passengers and crew can be assured.'

SeaDream Yacht Club had required proof of a negative test prior to travel and retested everyone at embarkation. Health protocols were enhanced and SeaDream I is the first cruise ship to employ the Altapure AP-4 system for hospital-grade disinfection. Masks, though, were not initially mandated on board.

'Despite efforts and good intentions ...'

'Despite these efforts and good intentions, the virus was still able to infect multiple people on the ship ... Unfortunately, this troubling development is not surprising and reaffirms the need to exercise extreme caution before sending passengers and crew back out to sea on cruises,' the letter continued.

Matsui and Blumenthal emphasized that the risks are especially high given current skyrocketing COVID-19 cases, writing: '[I]t is unconscionable for the CDC to move forward on a plan to resume operations given the ongoing risks. While we appreciate the difficult economic situation cruise line operators face and the desire of many cruising enthusiasts to restore a sense of normalcy, the CDC must always put health and safety first to prevent further spread of this deadly virus and save lives.'

The lawmakers asked for a response from Redfield no later than Nov. 27.