Fain hopes US cruise decision will be based on science, not politics 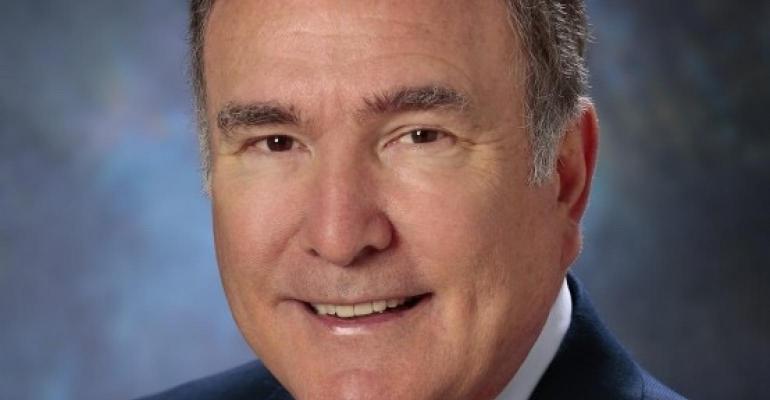 'I'm optimistic that we will soon have a path ... back to resuming operations. It will be slower than I would wish but faster than many are assuming,' Richard Fain said
With the US no-sail order set to expire Saturday, just days before the presidential election where Florida is a key battleground state, there's a cauldron of speculation about what may transpire for cruising.

Florida's Republican senators and the Trump administration are aware of the job losses and heavy economic impact from cruises not operating, yet COVID-19 cases are spiking again stateside. What decision will the Centers for Disease Control and Prevention make, and will politics play a role?

If the Trump administration were to announce cruises will resume during this final weekend of campaigning, that could lift the president's prospects in a key swing state.

However, should the no-sail order be extended beyond the election and if Joe Biden wins, what can the cruise business expect?

'I'm quite pleased that we're working cooperatively with the experts, and it is my strong hope that this is going to be decided on the basis of the science, not on the politics,' Richard Fain, chairman and CEO, Royal Caribbean Group, said during Thursday's earnings call.

Fain did not elaborate on whether he'd recently spoken directly with the White House, saying 'We've talked essentially, to all the people involved in this kind of decision.'

He said: 'It is complicated. Everybody is trying to find the right solution. I'm optimistic that we will soon have a ... pathway back to resuming operations. It will be slower than I would wish but faster than many are assuming.'

Fain also declined to speculate on what issues are uppermost for the CDC. 'I think we really made some dramatic inroads with the work of the Healthy Sail Panel,' he said, having engaged leading experts, including people with regulatory experience. The depth, detail and transparency of the Panel's approach 'should give the CDC a lot of comfort.'

During the call, Royal Caribbean management talked about starting with short cruises from drive markets and making the most of Perfect Day at CocoCay. Crew will be trained, and the initial sailings will carry company personnel. These 'trial runs,' as Fain called them, will be key to testing and, if necessary, tweaking the protocols.

Testing at the terminal?

Fain wouldn't be pinned down on whether there will be COVID testing at the terminal prior to embarkation. The industry has agreed to universal pre-cruise testing, but lines haven't specified if they'll test at the terminal, as some are doing in Europe.

'Safer on a cruise ship that on Main Street'

'We really do believe it is possible to make it safer on a cruise ship than you are on Main Street,' Fain said, citing evidence of the startups in Europe that he asserted have demonstrated that. 'When there have been instances — and there will be, because there are everywhere — you've seen the response has worked. That's really the key.'

CFO Jason Liberty pointed out the company has operated about 70 sailings on TUI Cruises, Hapag-Lloyd Cruises and Silversea, with 'exceptionally low' incidences of coronavirus.

No plans to suspend on spike in Europe

On a day when AIDA Cruises announced it would suspend sailings during November on a COVID rise in Germany, Liberty said Royal Caribbean doesn't want to be in a situation where it comes on line, then has to stop again.

Fain said he did not expect TUI and Hapag-Lloyd to suspend operations, as AIDA has.