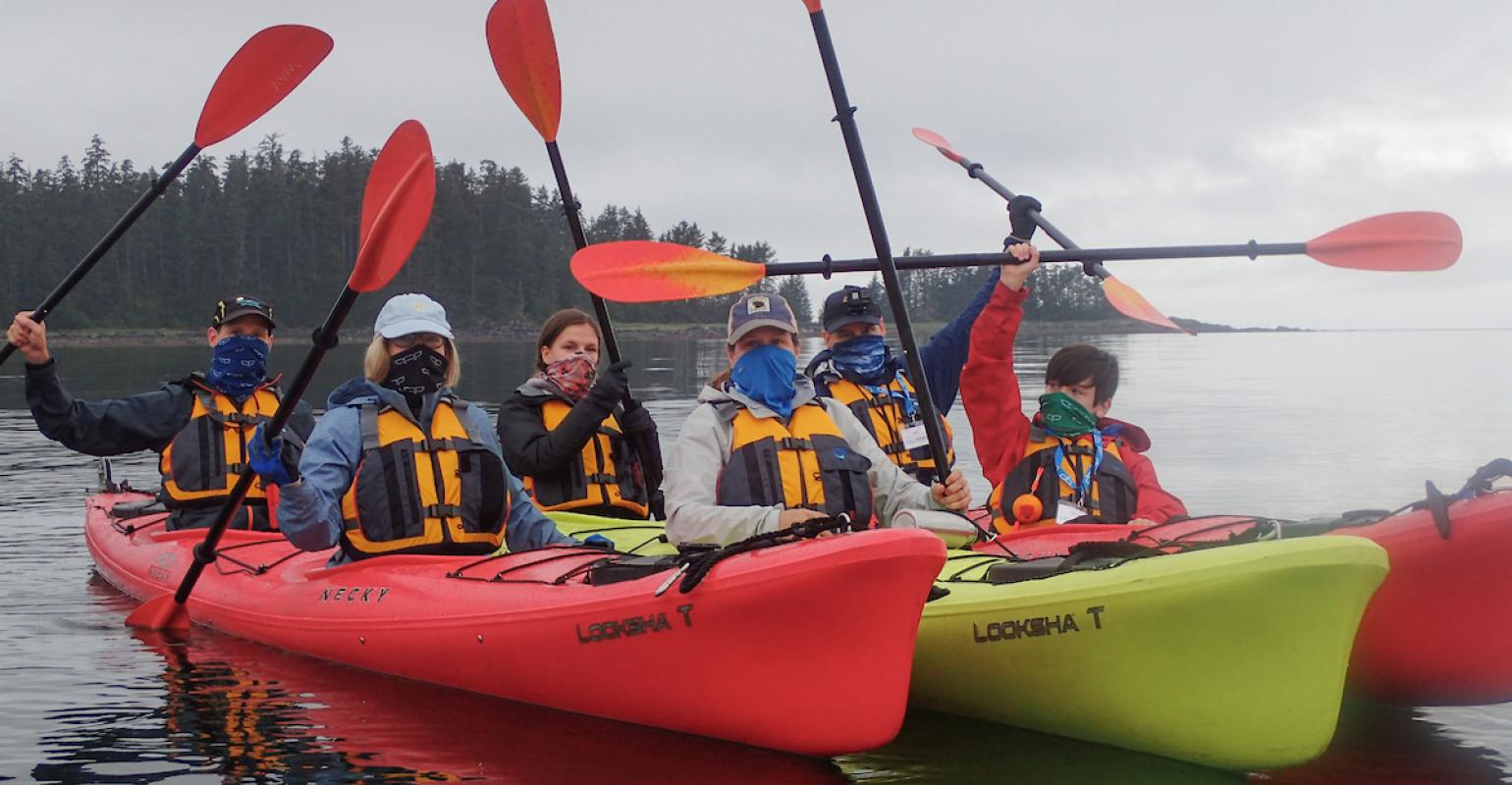 PHOTO: UNCRUISE ADVENTURERS
Kayaking from Wilderness Adventurer, one of the many nature-based activities offered on the Glacier Bay itinerary with no port calls aside from the Juneau turnaround

UnCruise Adventures tried to do all the right things as the first line to sail from the US after stateside cruises ceased during the coronavirus pandemic.

Protocols were honed, including requiring a negative test to embark, Wilderness Adventurer carried a reduced load of just 36 passengers and 30 crew, and the nature-focused Glacier Bay itinerary had no ports apart from the Juneau turnaround.

Ultimately, one positive test halted the first cruise four days in, ending what was planned as a five-week season — likely the only Alaska cruising in 2020. This cost UnCruise millions of dollars and had a knock-on effect for other domestic lines hoping to sail.

COVID PCR positive must be respected

While the positive test was followed by a negative one, UnCruise CEO Capt. Dan Blanchard said the Alaska state COVID PCR test that produced the positive must be respected.

'So I have to call it a positive. I believe this was a positive, not a false positive.'

Some validation of safe sailing protocols

Assuming the man did have coronavirus — he remained asymptomatic — UnCruise has provided some validation of safe sailing protocols since no one else got sick.

State epidemiologists and contact tracers thought everyone on a small boat could potentially be exposed if someone fell ill. But the way UnCruise developed its program, with people frequently off the boat in small groups for nature activities, that wasn't the case, according to Blanchard.

Travelers were separated so, for example, contact tracing identified a person who shared a skiff ride with the infected man, and that person remains in quarantine. Others who didn't have close contact were cleared.

What happened is nuanced, so sit tight for the explanation.

Passengers had to present a negative test in order to embark. A man who tested negative at home on July 28 was retested on arrival at the Juneau airport Aug. 1, as Alaska requires since there was more than a 72-hour gap from his prior test. Results pending, he embarked Wilderness Adventurer that same day as it set off for the first cruise.

On Aug. 4, the state informed the man he was positive. The man and four traveling companions were retested aboard ship, and Wilderness Adventurer returned to Juneau Aug. 5 where all passengers were put into a hotel for quarantine and crew were quarantined on board. The following day, everyone was tested.

On Aug. 7, all the tests that came back were negative, including the man who'd tested positive, however six passenger tests were apparently lost at the lab. The state of Alaska subsequently cleared 32 of the 36 passengers to leave quarantine, including the six whose test results were lost since contact tracing showed they had no close contact with the man who'd tested positive. The man himself was allowed to go when he passed the 10-day period in which infected people are contagious.

The four travelers who remain in quarantine had close contact with the man and must wait 14 days. Nobody is showing signs of illness.

So why didn't the traveler's last negative test mean he and everyone was in the clear?

Again, UnCruise relied on the science that false positives are extremely rare. 'We have to follow science, and not public opinion,' Blanchard said.

Robert Barr, Juneau's emergency operations center planning chief, praised how Blanchard handled the situation, immediately and continuously communicating with the city. And he appreciated UnCruise amplifying the message of standing on the science.

For UnCruise and beyond, though, that positive was a heavy blow.

'Once the word got out, that killed us,' Blanchard said. The line immediately halted operations, canceling the five planned weeks in Alaska and five in the Pacific Northwest to follow.

It wasn't possible to continue due to the 'demonization of anything called cruise — even though we're about as far from a standard cruise as can be — the demonization that's gone on has just raised a frenzy in the news of a positive test, and we had major fallout in bookings right away.'

What would have prevented this, he said, is reliable, rapid testing with a four-hour return or less. Rapid testing at the Juneau airport would have made the difference in not boarding the guest, and the trip would have run.

Blanchard isn't seeking any recourse with the state or testing authorities.

'This isn't about finger-pointing,' he said. 'This is about working to be better at everything we do, as a state, as a small business and as a country.

'Things are way too chaotic in the testing world. If I had the president and the Congress in front of me right now, I'd say ... Rapid testing, please, if you want to get this economy going. It should be at the airports, and it should be readily available and reliable.'

In March, eight small US passenger vessel operators led by Blanchard formed the US Overnight Passenger Small-Boat Operators Coalition to make sure they didn't miss out on government stimulus money and that they were recognized as a US industry, not overlooked because of the negative media foreign-flag operators were getting.

Blanchard said the group is in constant contact with lawmakers from many states and in Washington, urging a 'nationwide, consistent rapid testing program if we're really going to fire the economy back up.'

UnCruise, he added, exemplifies every small business in the US suffering from COVID-19.

Blanchard's line is out a couple million dollars this year because of the 10-week cancellation, though some revenue will carry forward to 2021. Along with the losses of six other companies that were planning to operate, he tallied probably 'tens or twenties of millions of dollars' in cancellations due to the one positive UnCruise case.

Blanchard thinks lawmakers are listening to the rapid testing plea, but 'but there must be a much stronger collective pull to trust science, to make decisions that are federal, not just state by state, to really lick this thing.'

UnCruise missed its brief shot for some business this year. What about 2021? What's the sentiment in Alaska for small- and big-ship cruising? Do the communities want it?

Some don't, Blanchard said, but he believes tourism is so important to the state that most Alaskans would welcome visitors as long as there's a reliable vaccine or reliable, rapid testing.

'Big ships and maybe small ships that make a lot of port calls, that's going to be a huge challenge,' he added. 'Anytime you're mixing people that haven't been tested with people that have ... How are you going to get over that?'

Last chance for the public to provide CDC feedback on cruising
Sep 18, 2020