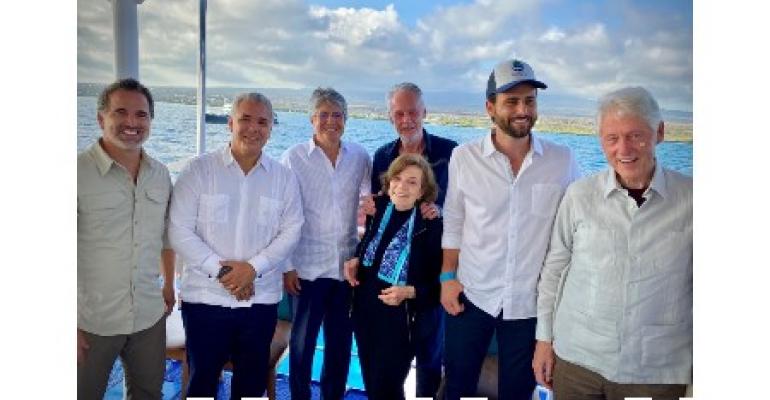 The decades-long effort to protect the Galápagos realized an important milestone Friday when Ecuador President Guillermo Lasso signed a decree to conserve more than 23,000 square miles of ocean around the islands and beyond.

The new Hermandad Marine Reserve expands the current Galápagos Marine Reserve by almost 50% and extends northwest to the Costa Rican maritime border. This swath of ocean will safeguard a migratory corridor known as the Cocos-Galápagos Swimway, which is used by sea turtles, sharks, whales, rays and many other marine species.

'This is a really valuable and important step for marine protection,' Lindblad said. 'And hopefully these extensions will only get larger and larger over time. It's been a tremendous joy. People have come from all over the world to celebrate what Galápagos has done. These islands are a jewel of our planet.'

Lindblad Expeditions has had an enduring connection to the islands ever since Sven's father Lars-Eric Lindblad brought the first citizen explorers to the archipelago and funded the first Galápagos Park Rangers. Sven first visited the islands in 1967 as a 17-year-old.

He returned Friday for the first time since the pandemic to witness what he called a 'remarkable' happening of 'great importance.'