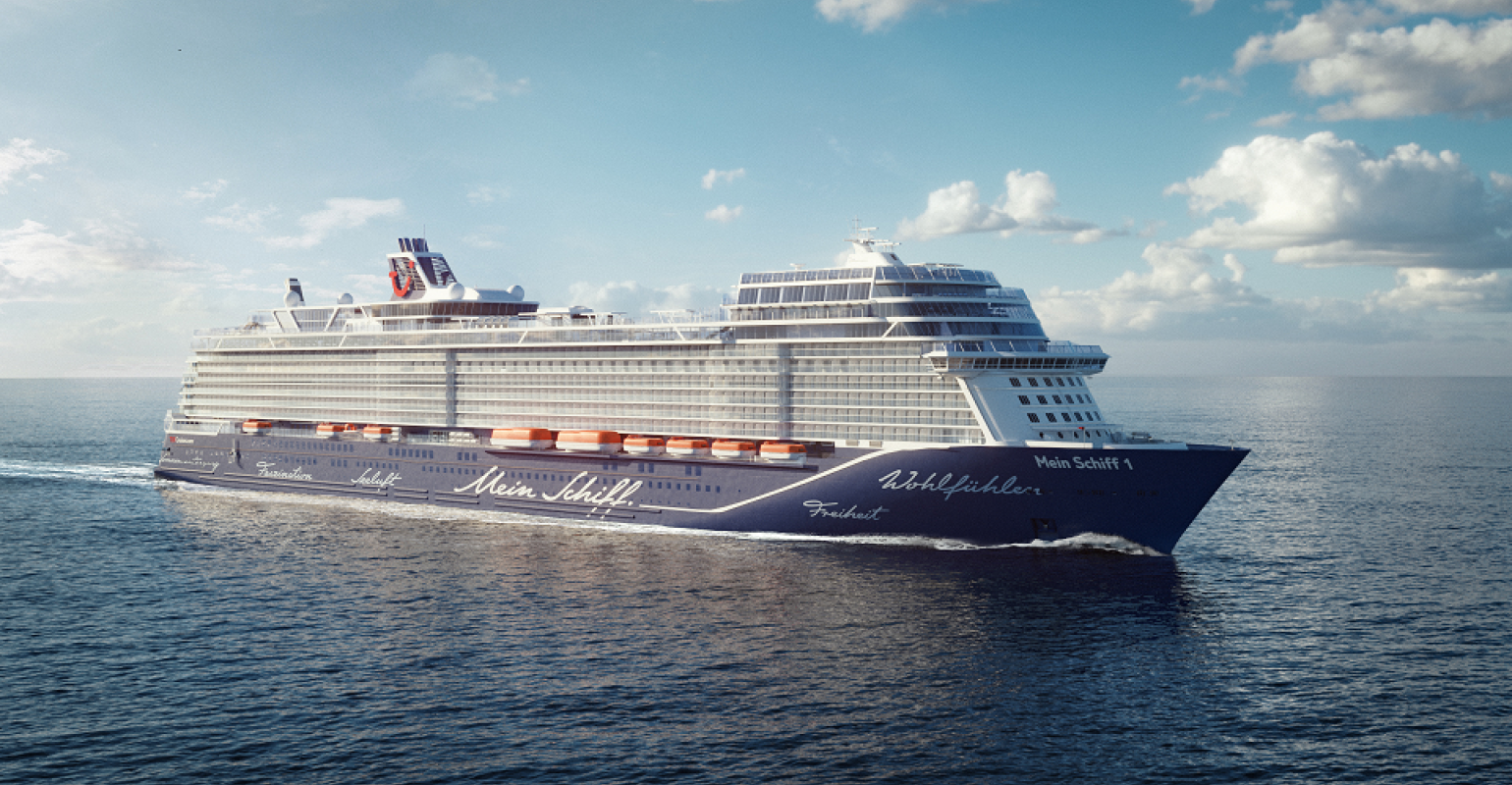 Mein Schiff 1 will not be cruising from Kiel for the rest of the year
Mein Schiff 1 service from Kiel will end Nov. 5 following Schleswig-Holstein federal state authorities' decision to withdraw permission for cruises.

According to TUI Cruises, this was announced on short notice today.

No Kiel sailings through year's end

TUI noted the sailings did not constitute domestic tourism, which has been halted in Germany from Monday until Nov. 29.

According to the line, it has carried more than 40,000 passengers under the new hygiene regime since July without incident, demonstrating it's possible to cruise safely.

TUI said its sailings in Greece and the Canary Islands are continuing.

Effective Monday, Germany imposed broad restrictions to bring COVID-19 infections down. This 'lockdown light,' as it is popularly called, aims to curtail a spike in cases.

According to the current plan, restrictions will end Nov. 29.

Hotels and other touristic accommodations, along with restaurants and bars are impacted. In contrast to the spring, the public is not overwhelmingly behind 'lockdown light' since evidence of an increased risk of infections in hotels and so forth is missing. Also, new measures have been imposed without the involvement of national and federal state parliaments.

Several firms are seeking legal remedy against the ban on hotel accommodation, and it remains to be seen how the courts will decide. Rulings may come as soon as this week.

As for cruises from Kiel, it would have been difficult for government officials to explain why sailings from German ports could continue when domestic tourism was halted. As such, the decision appears to be a political one rather than being based on evidence of heightened infection risk.