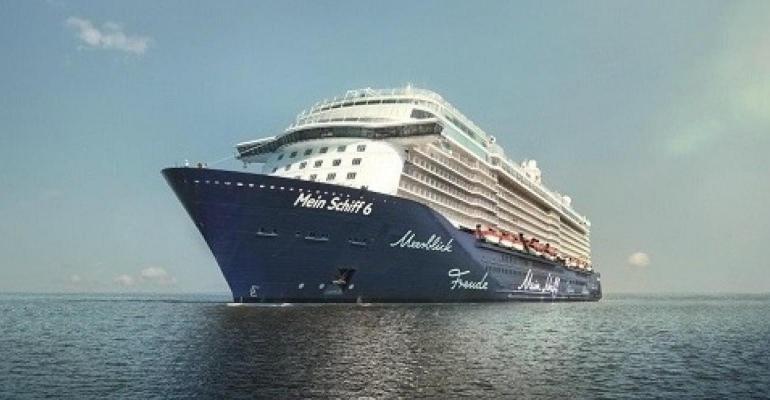 Mein Schiff 6 sailed into Piraeus this morning where it will be inspected by a team from the National Public Health Organisation – and 12 crew and 24 first-degree contacts will receive further antigen tests.

It comes as all latest test results come back negative, according to TUI Cruises.

TUI claims that the six crew who tested positive for coronavirus on Sunday and the additional six crew members who received positive test results on Monday, are asymptomatic. They and 24 other members of the crew were isolated on board Mein Schiff 6 yesterday, with a spokesperson for the company commenting that ‘no tests on guests are necessary’ as 'no guests are affected or belong to contact group 1', which refers to the group that has been impacted.

They went on to add that the cruise is set to continue as organised ‘as soon as the Greek authorities give their approval’ and that it plans to reschedule shore excursions in Piraeus for Wednesday, which had originally been scheduled to take place today.

A journey to Corfu will be visited one day later; no further impact on the cruise is anticipated by the cruise line.

TUI claims to have conducted 150 PCR tests on crew – as routinely occurs on board TUI vessels every 14 days – in Heraklion on September 27, where 12 came back positive. The results were then retested with the ship’s own PCR testing equipment and returned negative.

The cruise line expects the results of a fourth test, carried out by Greek authorities, later today.

TUI says its ‘processes are running as agreed with the Greek government’ and that it is in ‘very close communication with them about all necessary steps.’

The cruise line did not rule out a potential fault in testing in Heraklion where the vessel departed on Sunday and where the positive results were produced.

The spokesperson for the company added that ‘collaboration with Greek officials is excellent and we have received immediate and reasonable support’ regarding their concerns.

Mein Schiff 6 is carrying 922 passengers, all of whom are German, and 666 crew members; Capt. Simon Böttger has made announcements to passengers throughout the incident.

TUI says it developed its health and hygiene protocols with medical experts, and adapted all processes before and during the cruise, introducing a mandatory health questionnaire, compulsory PCR testing before the cruise, daily temperature checks for guests and crew, digital check-in and staggered check-in times, and distancing in guest and crew areas.

The passenger capacity on board is limited to a maximum of 60 percent with only balcony cabins and suites occupied and ‘additional cleaning and disinfection measures’ put in place.

TUI says 'each ship has always had its own on-board hospital with trained personnel' and its 'existing structures and already very strict measures to prevent the spread of viral diseases have been further tightened and adapted to the current situation.