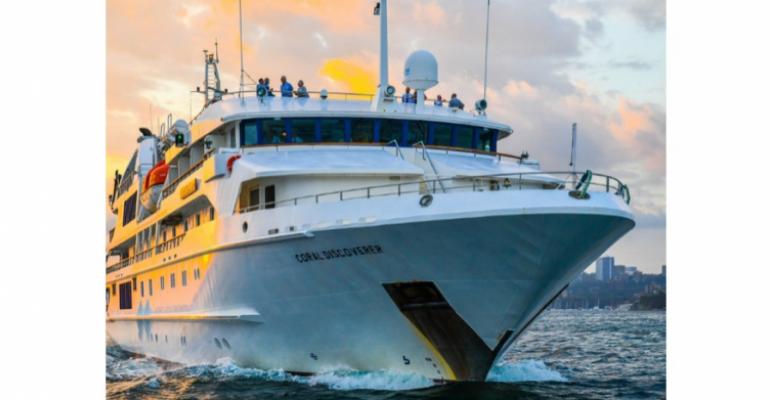 Coral Discoverer will remain in Hobart with sailings cancelled until January 16
Around 60 passengers and 30 crew aboard Coral Discoverer, berthed in Hobart, have been deemed close contacts of two COVID-positive people who were removed from the ship on Monday.

The flagship of Cairns-based Coral Expeditions was about to make a circumnavigation of Tasmania.

Gillies said the company has transferred everyone to local hotels for the quarantine period and it will continue to support them and work closely with Tasmania’s health officials.

He said Coral Discoverer will remain at dock in Hobart with sailings cancelled until January 16 at this time.

Coral Discoverer had been following all the necessary COVID-19 protocols to be operating in Tasmanian waters.

However, Dr Veitch said despite the company’s SailSAFE Plan, the nature of the operation and closeness of passengers and crew meant there was significant exposure and a high risk of transmission.

’Since resuming operations in October 2020, we have operated 93 incident-free voyages around the coastline of Australia, hosting over 3,500 guests,’ Gillies said.

‘We operate with approval from all state and territory health authorities in line with our SailSAFE medical protocols. All guests and crew have to complete pre-embarkation PCR and RAT tests and have to be fully vaccinated.’