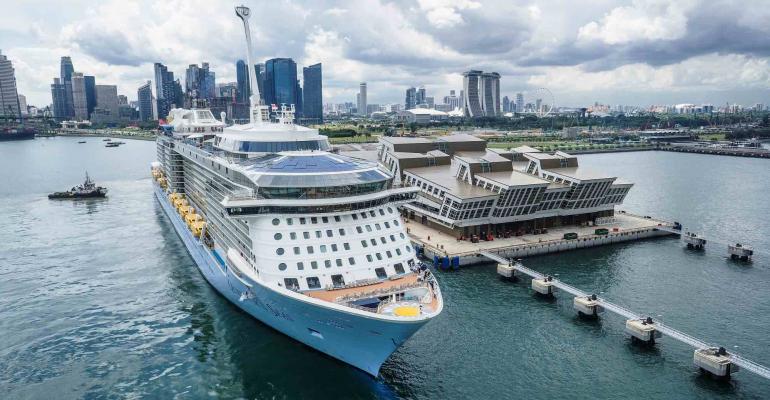 Quantum of the Seas will continue sailing from Singapore

Singapore’s pilot for safe cruises will continue as planned, following the news that the suspected COVID-19 case on board Royal Caribbean International’s Quantum of the Seas was a false positive.

The Singapore Ministry of Health confirmed that the suspected case, an 83-year-old male Singaporean passenger, does not have COVID-19, following additional tests at the National Centre for Infectious Diseases (NCID).

Quantum of the Seas returned to the Marina Bay Cruise Centre with 1,680 passengers and 1,148 crew early Wednesday, after the passenger tested positive for COVID-19 based on the ship’s onboard testing procedures.

Protocols such as ceasing all on-board leisure activities, asking passengers to remain in their rooms, the immediate isolation of close contacts, and extensive contact tracing using TraceTogether were then activated.

Passengers and crew remained on board until contact tracing was completed, and disembarkation began at 7.30pm, less than 12 hours after the ship had returned to the terminal.

Genting Cruise Lines’ World Dream — which arrived later at the same terminal — supported the safety operations by embarking its passengers earlier. This was to prevent intermingling between passengers and crew from the two ships.

Genting Cruise Lines and Royal Caribbean International were allowed to resume pilot cruises with no ports of call in November and December respectively, after meeting requirements under the Government’s mandatory CruiseSafe certification programme.

‘Safety remains our foremost priority, and yesterday’s incident has given us valuable learnings for future sailings, such as the importance of using TraceTogether for effective contact tracing. It has also given assurance that our established response to any future COVID-19 case is swift and effective,’ said Singapore Tourist Board chief executive Keith Tan.

‘In particular, I would like to commend Royal Caribbean International and the terminal operator SATS-Creuers for the timely execution of their emergency protocols. I would also like to thank Genting Cruise Lines, who supported the operations by embarking their passengers early. Their professionalism gives us confidence that our pilot cruises will continue to be safe and sustainable, as we work with our partners and cruise lines to chart a new course for safe cruising.’

Singapore government said it will continue to monitor the outcomes of the pilot sailings in the coming months before deciding on the next steps for cruises.