HomeNewsEnvironmental & HealthQuestions, answers, concerns about cruise restarts outside the US
Recent
Recent News
Qatar is stepping up its game in time for the FIFA World Cup
May 17, 2022
Windstar cancels Asia on uncertainty in favor of Tahiti cruises
May 17, 2022
New Kalama dock for American Cruise Lines' Columbia/Snake program
May 17, 2022
Enchanted Princess offering sports-themed cruise
May 17, 2022

Questions, answers, concerns about cruise restarts outside the US 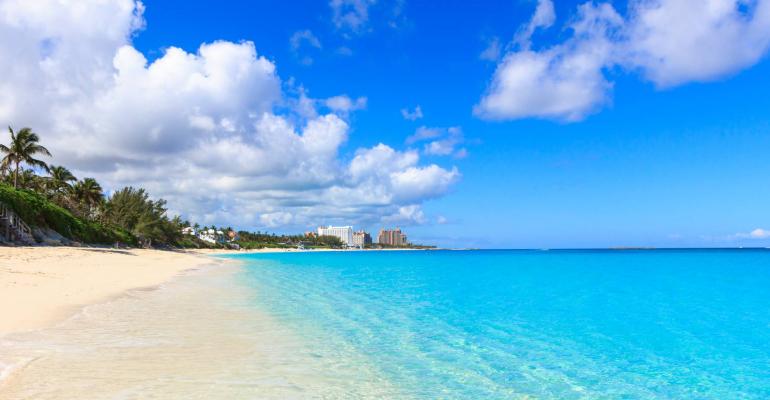 With a few US-based lines planning to resume cruising outside US waters, there's been great excitement. But also lots of questions, and some concerns.

These involve things like carrying unvaccinated children, if ships that promise crew vaccination will be able to deliver and what these cruises mean for the US-based industry's relations with the Centers for Disease Control and Prevention.

'We're at an inflection point,' a seasoned cruise operations person said. He's anxious that if something goes wrong on US-based ships being taken out of the CDC's jurisdiction, that could impact the industry as a whole at a very sensitive time.

The cruises aren't starting for a few months, and many things are still to be worked out.

So far, only a few lines plan these voyages, on a limited basis. Royal Caribbean Group reasons that it's already proven it can operate safely in Singapore and Europe (via TUI Cruises) and that vaccination is a game-changer. And Crystal Cruises can claim learnings from parent Genting Cruise Lines' months of operations in Singapore and Taiwan.

Royal Caribbean International (having announced cruises from Haifa, Nassau, Bermuda and Limassol), Celebrity Cruises (from St. Maarten, Piraeus and Southampton) and Crystal (Nassau and Bimini) all have passenger vaccination mandates. (The Haifa and Southampton cruises are open to Israelis and UK residents respectively, not Americans.)

Of the three lines only Crystal requires everyone be vaccinated, so that rules out children on Crystal Serenity's Bahamas cruises. Royal Caribbean and Celebrity are allowing unvaccinated under-18s with a negative PCR test within 72 hours of traveling.

This worries the cruise operations person. 'When under 18-year-olds are tested three days before, think about all the touch points they have for getting infected on the way to the ship,' he said. He's also concerned because lines are promoting pre-cruise hotel stays, giving youngsters more opportunity for exposure to the virus on land before embarking.

His suggestion: 'If you really want to remove risk from the operation, take away the non-vaccinated guests ... Don't take that risk. Give yourself the best shot for success and don't include kids.'

Months ago the cruise industry committed to testing for all passengers and crew prior to sailing but not, specifically, to testing at the terminal. The CDC conditional sail order requires testing at embarkation and goes further, mandating testing at disembarkation, too, however specifics are still awaited.

Assuming that part of the reason for lines sailing these cruises outside the US is to demonstrate they can do so safely, 'Why not try to follow the CDC guidelines as much as possible?' the operations person said.

He also noted that unvaccinated under-18s on these ships will be interacting with communities that have a low percentage of vaccinated residents — places like Cozumel and Freeport, for example — which increases risk for the ships and the communities.

A spokesperson for Royal Caribbean Group said that whether passengers will be kept to organized tours or can explore independently 'depends on the country.'

'It’s a very fluid situation and specific to each destination a guest is visiting,' a Celebrity spokesperson added. 'We’ll share the details with guests about 30 days prior to each sailing to ensure we are communicating the most current information.'

She said there will be a variety of tour options — eight to 10 in each destination — that have been 'vetted for assurances that they follow both local health and safety guidance and our protocols. We will also have Private Journeys and small group tours for those who prefer to explore with just their family or travel companions.'

Crystal, which won't be carrying unvaccinated passengers, will permit guests to explore independently in the Bahamas though they'll be expected to follow each destination’s guidelines pertaining to masks, social distancing and other precautions.

When it comes to screening/testing, the entry requirements of the places ships will operate provide a backstop. These vary, though, and could well change before the cruises start in June or July.

Currently Bermuda, where Royal's Vision of the Seas is to begin sailing June 25, requires all travelers to have taken a PCR test within five days of their trip and to undergo another PCR test at arrival.

St. Maarten, where Celebrity Millennium is to begin June 5, requires travelers from the US and Canada to have a PCR test within five days of their trip or an antigen test within two days before.

The Bahamas currently mandate a PCR test taken within five days of travel, a health visa and, for anyone staying in the country longer than four nights/five days — which would apply to Crystal cruisers — an antigen test.

Returning to the US

After their trips, travelers returning to the US currently need to show a negative test or documentation of recovery before boarding a US-bound flight, In a webinar for travel partners, Vicki Freed, SVP sales, trade support & service, Royal Caribbean International, said the company will provide no-charge testing on board prior to disembarkation so passengers have those results to re-enter the US.

(Unrelated to the US industry, for passengers returning to Germany, TUI Cruises makes the test available on board for €25 and the process is reported as working well.)

When it comes to the crew, there's some skepticism about the ability of lines that claim crew vaccination being able to achieve that in the next few months.

Royal Caribbean and Celebrity say all their crew will be vaccinated on the ships set to operate outside the US, and their spokespersons express confidence that's achievable. A spokesperson said Royal Caribbean Group is working with a private contractor who's helping those crew unable to get vaccinated in their home countries. And, according to Celebrity President and CEO Lisa Lutoff-Perlo, thousands of crew have already been vaccinated.

In an interview for Seatrade Cruise Review's March issue, Peter Hult, CEO of Vikand Solutions, said some lines have been able to get vaccines thanks to good relationships with countries where their ships are located, and others have been able to run crew through jurisdictions like Singapore where seafarers get priority vaccination as essential workers.

Hult added that Vikand is working to obtain vaccines not just for clients but the whole industry. This will depend on the location, but he indicated the UK looks promising because of the availability of vaccines and the fact that seafarers are deemed essential workers.

Crystal's policy leaves some wiggle room — crew vaccination will be required 'as soon as it is an available option in their home countries' and 'When vaccines are widely available, they will be a requirement of employment at least 14 days prior to service.'

A spokesperson said Crystal is 'continually looking at all options to source vaccines for our crew' and that they'll be tested prior to leaving their home location to join the ship and when embarking, then quarantine for seven days and be tested at the end of that period before allowed to start their duties.