Royal Caribbean's second ship to resume cruises may be outside US 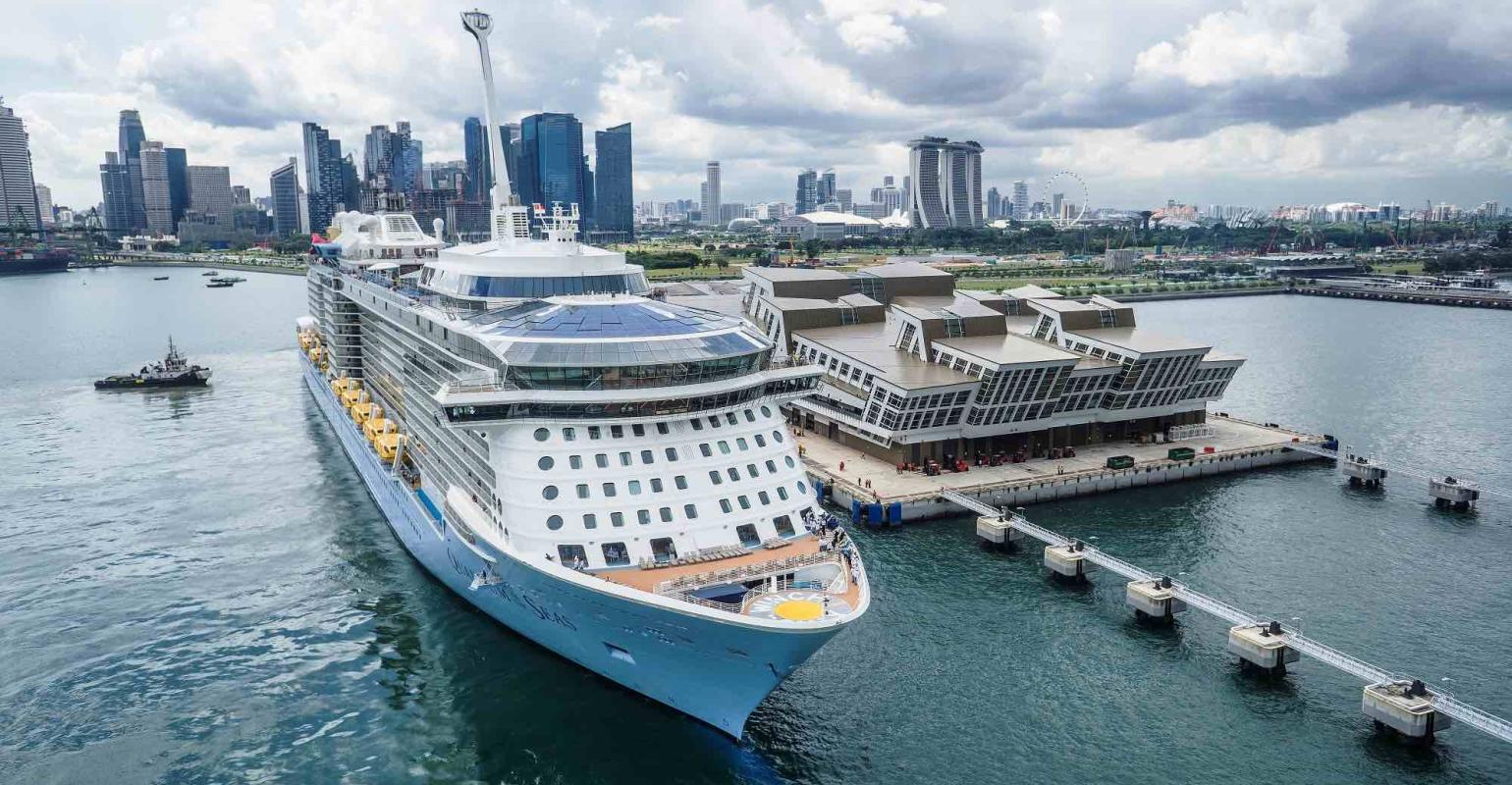 Quantum of the Seas has carried 35,000 people on cruises to nowhere from Singapore since early December. Discussions are under way to increase capacity from 50% to 65%
The Royal Caribbean Group's second ship to resume sailing may be outside the US.

So said CFO Jason Liberty on Monday, noting that Quantum of the Seas has been doing well since its December restart from Singapore, and learnings from Quantum and from TUI Cruises in the Mediterranean and Canary Islands are helping inform plans.

Royal Caribbean sailings are currently suspended until May, and on China-based Spectrum of the Seas through February.

Bayley noted Quantum has carried 35,000 Singaporeans on cruises to nowhere and satisfaction ratings are higher than pre-pandemic, while both ticket and on-board revenues are exceeding expectations.

The ship's protocols are under review, and Royal Caribbean is talking with Singapore about increasing the load factor from its current 50% to 65% in the coming weeks.

Technology has played a key role in safety, specifically the new eMuster process and the ability to contact trace using a combination of the Tracelet (which can tell how long people are in close contact) and AI with CTV cameras (adding facial recognition to the mix).

As far as what's happening with the US Centers for Disease Control and Prevention, Bayley said the agency recently asked for information about this technology.

The next technical specifications from CDC that would pave the way for trial cruises are expected 'any day soon,' Bayley added, noting more than 250,000 people had volunteered to take part in trials.

Royal Caribbean Chairman and CEO Richard Fain noted the Healthy Sail Panel recommendations preceded the availability of vaccines, so 'we and the CDC and governments around the world' are looking at how the vaccine efficacy could impact protocols.

Fain pointed to the 'really exciting levels' of vaccination in the US and elsewhere, that 'give us all a lot of hope.' He also pointed to the very encouraging recent studies from Israel, which has the world's highest vaccination level, showing vaccines are even more effective than anticipated.

In early January, the company found a disproportionate increase in people over 65 booking cruises, likely reflecting confidence increasing among those who've been vaccinated, Bayley said. He added that Silversea Cruises had noted this pattern even before the December holidays.

As previously reported, Royal Caribbean Group has indicated its intention that all crew be vaccinated as a prerequisite, but it has not talked about requiring passenger vaccination.

Nearly all the crew surveyed by the company said they would be 'OK' with a vaccination mandate.