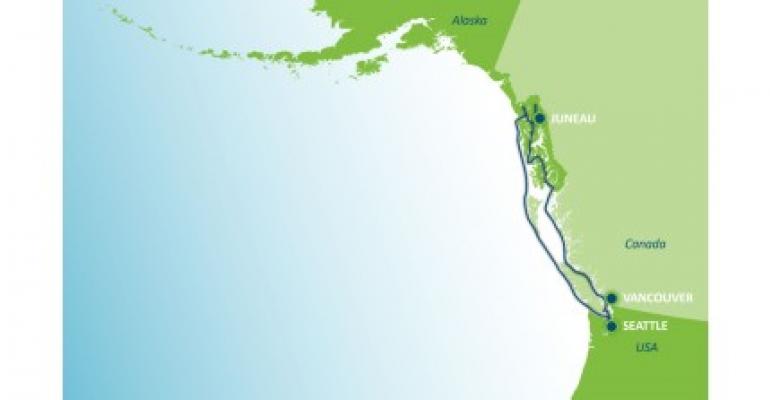 The Port of Seattle, Juneau, Vancouver Fraser Port Authority and cruise lines are among those committing to explore the feasibility of the world’s first cruise-led ‘green corridor.’

Other parties to this First Mover Commitment include the Global Maritime Forum, Blue Sky Maritime Coalition and Washington Maritime Blue.

The First Mover Commitment was announced during the International Association of Ports and Harbors World Ports Conference in Vancouver, BC.

This collaborative effort is aimed at exploring the feasibility of a green corridor that could accelerate the deployment of zero greenhouse gas emission ships and operations between Alaska, British Columbia and Washington. Nearly 300 ships leave Seattle for Alaska in a six-month cruise season; Alaska hosts more than 600 cruises a year.

First Mover partners will leverage and support each other’s decarbonization work already underway and bring those resources and technological advancements to this focused and coordinated effort.

Partners agree to work together to explore the feasibility of a green corridor, to enhance and support the emission-reduction efforts already underway and use the green corridor as a testbed for low and zero greenhouse gas technologies and ships, as feasible, and to work collaboratively to define the governance structures, terms and frameworks needed to guide this regional effort.

'A new chapter for the cruise industry'

'This opens a new chapter for the cruise industry and each of our brands,' said Jan Swartz, group president of Holland America Group. 'Working together, we are pioneering a new frontier to help protect the environment as we continue our commitment to net-zero greenhouse gas emissions.'

'We’ve been proud to work with regional partners on important cross-border efforts such as the Northwest Ports Clean Air Strategy, to phase out all port-related emissions by 2050, and through the ECHO Program, to reduce the impacts of commercial shipping on endangered whales,' said Robin Silvester, president and CEO of the Vancouver Fraser Port Authority. He added that the port looks forward to building on those efforts together with partners and stakeholders by exploring the green corridor concept.

'The cruise industry is committed to pursuing net-zero carbon emissions by 2050,' added CLIA President and CEO Kelly Craighead. 'The First Mover Commitment in the Pacific Northwest is a demonstration of the collaboration and innovation needed between ports and the cruise industry to achieve our shared goals. We appreciate the opportunity to be one of the first partners in this initiative and welcome all sectors of the maritime industry to join this important effort.'

In 2021, 24 countries, including the US and Canada, signed the Clydebank Declaration, committing to supporting the establishment of at least six green corridors by 2025 while aiming to scale up activity in future years. It is up to first movers to collaborate, define and implement the optimum pathway to get to zero.

Why the North Pacific?

Washington, British Columbia and Alaska are highly diversified hubs for maritime research and development, innovation, engineering and private sector companies pioneering clean technologies and maritime fuels. Alaska cruises are some of the most in-demand itineraries in the world. A maritime corridor already exists between Puget Sound and Alaska with regularly scheduled vessel calls by operators in the cruise, commercial fishing, cargo, ferries and tug industries.