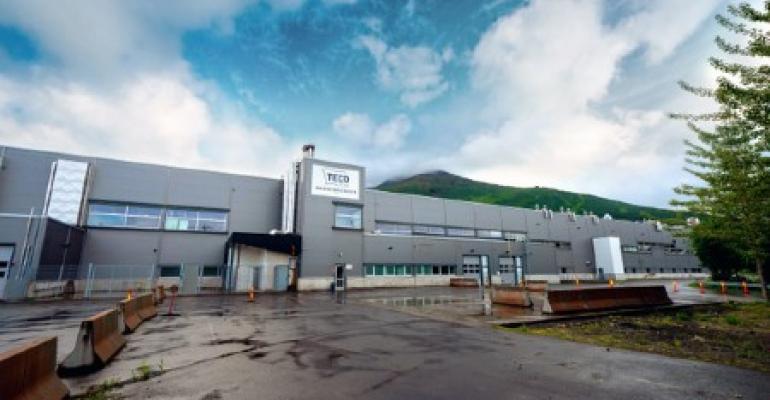 The support was granted through the Research Council of Norway’s Skattefunn, a tax deduction program designed to stimulate research and development activities at Norwegian companies. It provides indirect support in the form of tax deductions on costs related to R&D.

'Hydrogen fuel cells are the engines of tomorrow and convert hydrogen into electricity while emitting nothing but water vapor and warm air,' said Tore Enger, CEO of TECO 2030.

Pilot production to start second half 2022

With the Research Council of Norway's support, TECO 2030 will start pilot production of fuel cells at its new Narvik factory in the second half of 2022, Enger said.

The project that has been granted tax relief involves the development of a production line for hydrogen fuel cells, with a total annual production capacity of 400 MW. The tax relief has been given for two years, 2021 and 2022.

Earlier, TECO 2030 received up to NOK4m in tax relief for developing solutions that will capture CO₂ in ship exhaust and store it until the ship reaches port.

TECO 2030 is developing fuel cell technology in cooperation with the Austrian powertrain technology company AVL, which will also contribute to the planning and establishment of the combined fuel cell factory and innovation center in Narvik.

The TECO 2030 Marine Fuel Cell is specifically designed for use on board ships and for other heavy-duty applications.

The Narvik factory will become Norway’s first large-scale production site for hydrogen fuel cells. TECO 2030 took over the building that will become home to the factory in July and plans to start hiring people to work there in the first half of 2022.

Over the next 10 years, TECO 2030 expects total investments in the plant to amount up to NOK1bn. During this period, up to 500 new jobs may be created in Narvik within development, pilot production and full-scale production.

TECO 2030 plans to produce fuel cells with a total capacity of 10 MW at the factory in 2022 and intends to gradually scale up the plant’s output over the following years. By 2030, the factory will be able to produce 1.2 GW of fuel cells every year, which is likely to lead to several billions of Norwegian kroner in annual turnover.

The production of fuel cells for use within the maritime industry is still in early stages, so TECO 2030 will give research communities such as universities and other nonprofit organizations the opportunity to use the plant’s fuel cell element testing facilities during periods when they are not used.

Green transition in the maritime industry

TECO 2030 is delivering technology that helps ships reduce their environmental and climate impacts. In addition to hydrogen fuel cells, the company is developing carbon capture and exhaust gas cleaning systems to enable ships running on fossil fuels to reduce their footprints.