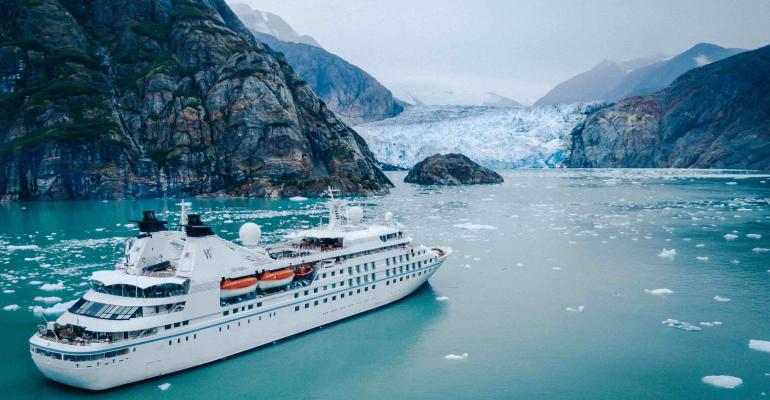 All but one of the 64 cruise ships off US shores are now 'green' or 'provisionally' green, a great step forward but just the first step in what is likely to still be a months-long process in restarting cruises from North America.

Most major North American lines have already canceled sailings through April and a few into May but some sources think it's going to take months longer.

Plus, doubts are growing about an Alaska season because Canada may not want cruise ships and small Alaskan communities may not have the will or means to handle thousands of visitors under complicated protocols.

It took the US Centers for Disease Control and Prevention seven months to replace the no-sail order with a framework for conditional sailing, and three months later the agency has yet to issue technical guidelines beyond those for mitigating COVID-19 among crew and providing for their regular testing. This is what the 'green' status relates to — it means no cases of COVID-19 or COVID-like illness for 28 days and allows crew from those ships to disembark and use commercial transport.

It is but one step in the CDC's complex framework, which contains 42 references to 'technical instructions' that would be forthcoming.

Operators need to have agreements in place with port and local health authorities, testing capacity for all at embarkation and disembarkation, apply to the CDC for permission to conduct trial voyages at least 30 days in advance and, after those, apply at least 60 days ahead for a conditional sailing certificate.

It's unlikely the 60-plus ships off US shores would be able to conduct test sailings at the same time.

'If one tallies up the requirements, the lack of CDC input in producing the technical guidelines, current COVID-19 issues along the West Coast, and the logistics of obtaining certification for the North American fleet, then this process could take at least four to six months from now to complete,' Bermello Ajamil & Partners said in a bulletin.

As B&A framed it, the CDC is using the conditional sailing order as an elaborate no-sail order.

'There has been little forward movement in the process and the pathway to sailing is far away along the yellow brick road. There remain extensive barriers with many more yet to be defined by the CDC,' B&A said.

Vaccination an advance but ...

Vaccine distribution is a great advance, however the CDC probably is so focused on President Biden's goal of 100m shots in 100 days, plus addressing the new virus variants, that cruise ship travel is a distant concern — if any concern at all now.

'I don't see CDC pivoting on this until those numbers are reached ... CDC won't be focused on cruise for some time,' an operations expert said.

For businesses, it's 'scary'

In a Signature Travel Network update last week, President and CEO Alex Sharpe told members: 'We thought things would start in earnest in early 2021,' with an estimated 75% to 80% of capacity operating during the year.

'That's scary,' Sharpe said. 'None of our members expected to batten down the hatches that long.'

One smaller operator, Windstar Cruises, already bailed on Alaska this year, back in mid-December. Other lines maintain they're still hopeful, but doubts are growing in some quarters.

In December, Bermello Ajamil forecast between 273,000 and 874,000 cruisers in Alaska during 2021. 'However, we believe the industry is moving toward a worst-case scenario in Alaska for 2021 with far less than previously projected,' B&A said in its latest bulletin.

It continued: 'The likelihood is that only small coastal vessels such as UnCruise will be sailing within Alaska for the majority of the season. There may be a possibility of a few large cruise ships dispersed through the late summer months in Southeast Alaska, however, this is very dependent upon when Canada reopens their borders and what requirements they may impose, such as mandatory vaccines for entry. It also appears they may be following the CDC when it comes to dealing with the cruise industry.'

Canada is expected to extend the international cruise ship ban beyond its current end-of-February date though as for the summer, according to a cruise line executive, 'They have pushed the final decision to late April which will give us some time to see how things roll out.'

If Canada doesn't take ships in the summer, that impacts not just Alaska but the Canada/New England region, which gets summer calls in addition to its peak business in the autumn.

'Some hope for September'

There's 'still some hope for September, maybe a few ships in the fall, at least to test our protocols for sanitary measures' in what could be a pilot project, according to René Trépanier, executive director, Cruise the Saint Lawrence.

'We believe that anything could show that we are ready and will be ready for the resumption to build up confidence with our executive partners of the cruise industry and also with the local population,' Trépanier continued. 'We ask our governmental partners to open the doors for cruises at least simultaneously with the reopening of borders. We are an important player in the tourism industry; cruises should resume as soon as the international market comes back. We are linked with the air industry as well.

'Not sooner, not later,' as Trépanier put it. 'In the meantime, we have worked to be ready since a while and our protocols are ready with high standards.'

Starting in the Caribbean islands instead?

Given the challenges stateside, B&A wonders if the North American industry would be better off homeporting ships from Caribbean ports and not using US ports until coronavirus is no longer a public health emergency. Places like Barbados, Antigua, Dominican Republic and Aruba may provide a way forward in the short-term, B&A suggested.

The bulletin added: 'Since the Americas Cruise Tourism Task Force has been working for many months now on unified cruise protocols across the region, one would think they should be fully prepared for this opportunity.'

But Arnold Donald indicated Carnival Corp. wasn't going to take the path of starting outside the US during the company's Jan. 11 business update when the CEO said Carnival still looked to restart its primarily US-sourced brands in US waters.

'We look forward to the opportunity to sail again in the US with our brands,' a Carnival Corp. & plc spokesman affirmed Monday. 'We have been coordinating closely with science and medical experts, as well as health and government officials, to continue to enhance our health and safety protocols on our ships, plus we have gained additional insights from our sailings in Europe.'

As for Royal Caribbean Group: 'We are still very much engaged with the CDC and look forward to working with the incoming director and the new administration towards a resumption of cruising. We remain hopeful,' a spokeswoman said.

She added that the Healthy Sail Panel continues to be part of this process, providing their expertise and insights. 'Any measures we implement will be continuously evaluated and adjusted given the evolving situation with the pandemic, taking various factors into consideration including levels of community spread, developments in testing protocol and treatments, vaccine availability and distribution as well updated public health guidance,' she said.

For Royal Caribbean Group, 'It’s still too early to say what role vaccines will play for us, but it’s exciting to see this option emerging. We understand that no single measure alone is effective and a multi-layered approach is required to mitigate risk.'

Testing must continue, regardless

Testing and other precautions will have to be a part of cruising since ships will likely visit countries or communities that haven't had the opportunity to widely vaccinate their populations. Protecting them is critical, too, and it's possible vaccinated people may still spread the virus.

Speaking to 'Face the Nation' on Sunday Dr. Scott Gottlieb, co-chair of the Healthy Sail Panel and board member at vaccine manufacturer Pfizer, singled out Miami and San Diego as the biggest US hot spots for the highly contagious B.1.1.7 variant from the UK. South Florida and Southern California — key cruise markets — are likely to remain hot spots into the summer due to B.1.1, Gottlieb warned.

Getting people vaccinated is critical to address that, he added.

Some wonder if the race to vaccinate will beat the slow pace of the CDC process.

Beyond the CDC conditional sail process, another way to look at the potential restart of the North American cruise industry is as that relates to the timing of vaccinations and the end of lockdowns, B&A noted in its bulletin. Whenever the US declares coronavirus is no longer a public health emergency, cruise ships should be free to move forward with business as usual, albeit still with precautions and improved health protocols.

B&A explained the US would have to reach the 'critical vaccination level' to end a conduit for the virus to spread, thus resulting in herd immunity. According to researchers, that target is approximately 70% of the 331m US population. So about 231.7m people would need immunity.

Citing www.Covid19-Projections.com, B&A said that based on current rate of spread and infection, vaccination processes and other factors, the US is estimated to reach herd immunity sometime in late July, taking into account those persons that have/will have immunity from past infection (about 58m), vaccine (approximately 119m) and vaccine plus past infection (53m).

In B&A's view, herd immunity may be the way cruising restarts in North America, under less restrictive conditions than the CDC currently requires.

'Unless something changes drastically,' B&A said, 'the North American cruise industry will not resume sailing until at least July, and more likely later in the year, likely September or later.'

That's one of the more pessimistic views.

Brokerage William Blair, in a note preceding Royal Caribbean Group's forthcoming business update, expects 25% of ships to sail in the second quarter, 50% in the third quarter and 'fairly normal operations by the fourth quarter — albeit at reduced capacity throughout the year.'

At this point, though, it's really anyone's guess.