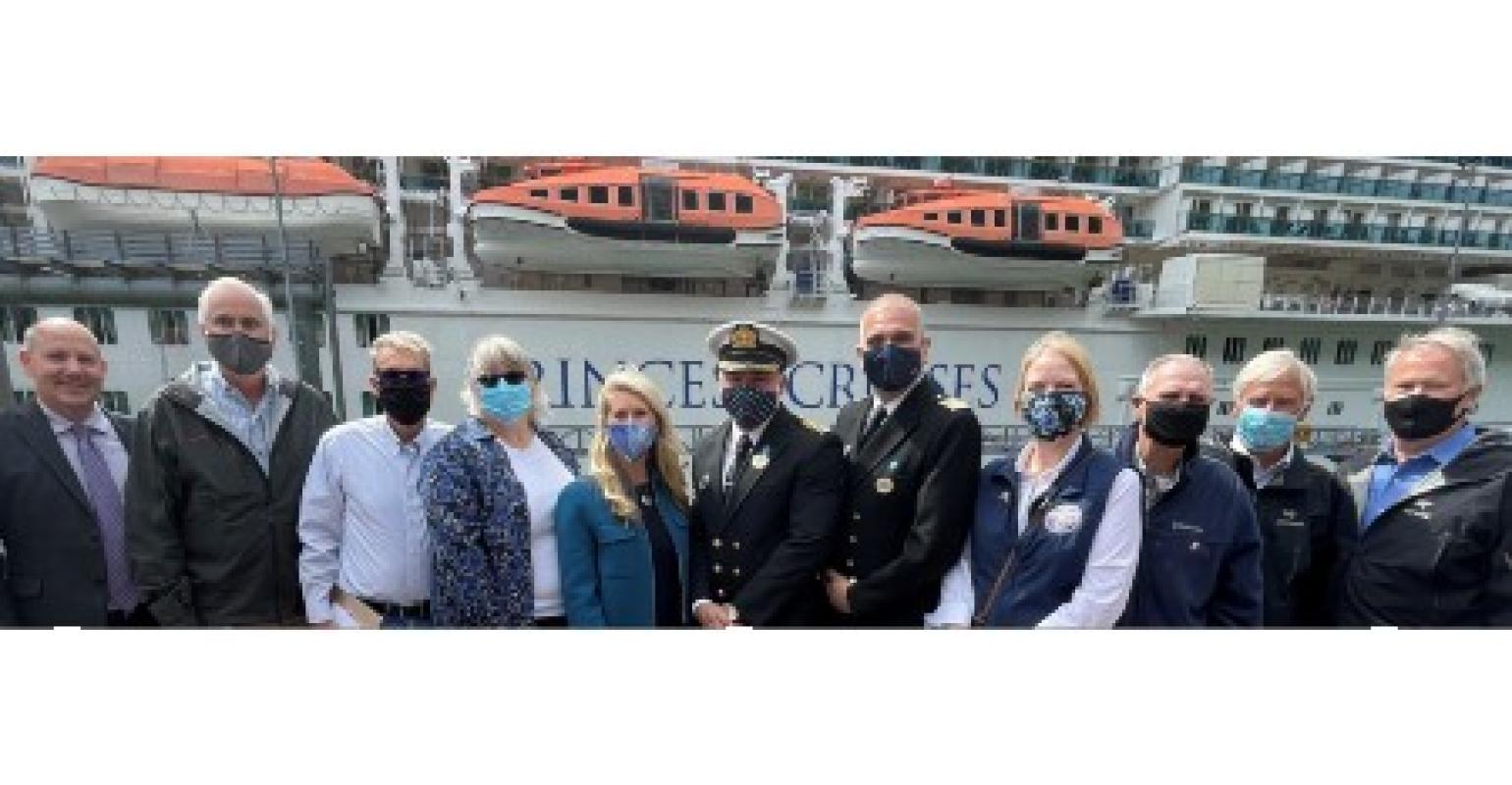 This was a world first in cruising and sparked a trend.

Now, 20 years later when Princess vessels arrive at the Franklin Dock, they continue to plug in to local surplus hydroelectric power and turn off their diesel engines, reducing visible air emissions and the cruise line’s carbon footprint.

The 20th anniversary milestone was recognized as Majestic Princess made its maiden call at Juneau, where it was commissioned to connect to the local electrical grid. (The ship embarked its first Alaska cruise of the season at Seattle on Sunday.)

'Shore power in Juneau has been a significant win-win situation, not only for Princess but also for the customers of Alaska Electric Light and Power Co. and the residents of the city and borough of Juneau who have been incredible partners over the last 20 years,' Swartz said. 'Our beneficial collaboration has paved the way for the cruise industry to reduce air emissions and allow cruise ships to plug in.’

For the past 20 years, every dollar spent by Princess for purchasing electrical energy in Juneau has been credited to a cost of power adjustment, or COPA account. This credit is used to offset any diesel expenses in the next quarter, and any extra funds go back to residents and businesses in Juneau in the form of a rebate on electric bills. To date, this has benefited the Juneau community by $8.5m.

Hulbert called the implementaton of shore power two decades ago a 'remarkable accomplishment,' adding: 'We are proud that our remote city, with our own isolated electric grid, [was] the first place in the world to use this innovative technology for passenger vessels, which has provided economic and environmental benefits to the community of Juneau.'

Princess has outfitted all 14 of its ships with custom-built hardware and automation that automatically connects the shipboard electrical network to the grid ashore. Power is transmitted from the transformer ashore to the vessel via multiple 3.5-inch diameter flexible electrical cables on the dock. (In Juneau, the cables hang festoon-style on a special gantry system designed to accommodate the 25-foot rise and fall of the tide and to withstand the 100 mph winds during the winter.) The actual cable connection on the vessel is a traditional, though quite large, plug and socket.

It takes approximately 40 minutes after a ship has been secured at the dock to connect the ship to shore power and shut down the diesel generator. From then, the ship relies on the local power system for all electrical needs while alongside.

The shore power hookup results from a multimillion-dollar investment to build a sophisticated power distribution system designed to help clear the air of accumulated haze in the port area. Since 2001, Princess has invested more than $15m in equipment alone to enable its vessels to connect to shore power.

Each year, Princess ships plug in to more than 300 shore power connections.

Among others, this year, Port of Southampton's Mayflower terminal and its newly opened Horizon terminal are expected to offer shore power, while Flåm, Norway, plans to do so starting in 2022, and PortMiami's target is 2024.