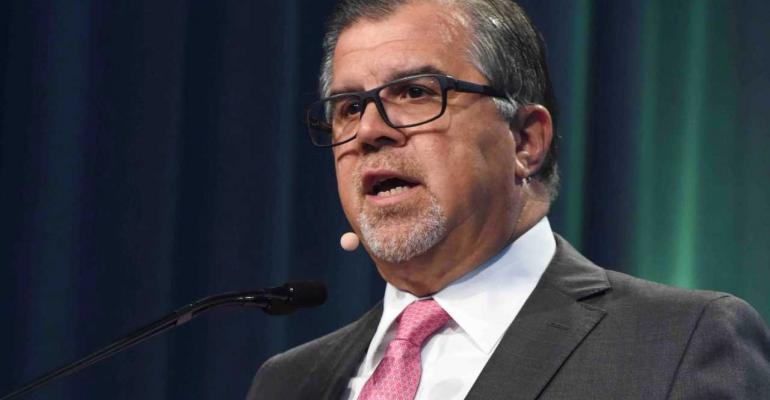 With vaccines key to ending the COVID-19 pandemic, it's surprising there hasn't been more open discussion about their potential role in reviving cruising.

An exception is Frank Del Rio, president and CEO, Norwegian Cruise Line Holdings, who advocates crew vaccination and has said his company was looking into whether it has the legal standing to mandate vaccination for guests.

'It is our intention that all crew members be vaccinated before boarding our vessels to begin their duties, subject to availability of the vaccine,' an NCLH spokeswoman confirmed. She wasn't able to provide details about how that will be undertaken and who bears the cost.

Priority for seafarers as essential workers

IMO Secretary-General Kitack Lim has stated that seafarers, as essential workers, should get priority for vaccination. Cruise Lines International Association said it has been working with IMO, ILO, the International Chamber of Shipping and other associations to urge IMO member states to recognize seafarers as key workers, and a benefit of this could be vaccination priority.

CLIA 'actively exploring' whether vaccination can be mandated

CLIA added it's 'actively exploring' whether cruise lines can require vaccination of crew and of passengers.

Stateside, cruising's restart has been repeatedly set back as lines work to meet the US Centers for Disease Control and Prevention's framework with a spate of major lines announcing further delays this week. It would seem vaccination could substitute for some of the testing requirements that are part of the framework and serve as a backstop for protocols, but the CDC and companies contacted by Seatrade Cruise News had nothing specific to say about that.

'Vaccination, along with other preventive measures, including testing before and after travel, wearing a mask, social distancing, frequent handwashing and cleaning and disinfecting frequently touched surfaces, will be another effective strategy available for reducing COVID-19 transmission associated with travel, including cruising,' a CDC spokesman said, adding that he had nothing on whether it's a consideration for incorporating into the Framework for Conditional Sailing.

CLIA said the measures implemented at cruising's initial restart may be adjusted as circumstances change over time including travel restrictions, updated guidance from health authorities, levels of community spread and herd immunity, new virus strains, and the development and availability of effective rapid testing, treatments and vaccines.

'Even once the vaccine is widely distributed, we are really going to need to get the advice of health authorities as to what measures we could begin to scale back on,' a CLIA spokeswoman said. 'The measures are not an “on and off switch” as it relates to the vaccine and will be with us for quite some time.'

From Royal Caribbean Group: 'The development of vaccines is an exciting and important step in the fight against COVID and it will be another important factor to help us safely resume cruising. It’s too early to say what role vaccines will play, but it’s exciting to see this option emerging.'

Royal Caribbean in discussions for crew

A Royal Caribbean Group spokesman added it's too early to say more, 'but we are in discussions for our crew.'

'It would be an ideal situation for the cruise industry to get the crews vaccinated,' according to Mark Conroy, managing director, the Americas, Silversea Cruises. 'We just don’t know when we will be able to make that will happen.' (Conroy himself was vaccinated this week and reported no side effects so far.)

Rather than cruise lines mandating passenger vaccination, he thinks it more likely some countries will require it.

Carnival Corp. & plc was not ready to discuss vaccination of guests or crew, but provided this statement: 'We are highly encouraged by vaccine development, which is a positive development for the world, and of course, for the entire travel industry. Vaccines are an important tool in the toolbox to continue to help mitigate spread, along with advancements in technology and science, including treatments, enhanced testing and affordable testing. Together, these tools will support enhanced safety and a gradual return to activities people enjoy, including travel.'

On the retail distribution side, leaders of key cruise-selling groups expect vaccination to play a part in restarting cruising.

'It's hard to predict the impact of the vaccine rollout will have, but we believe it is the key to a safe return to cruising and already some of our clients are starting to get the vaccine and inquire about future travel,' said Michelle Fee, founder and CEO of Cruise Planners, an American Express Travel Representative.

People who are vaccinated will be among the first to sail

'So much is fluid right now, so it’s unclear if vaccines will be required to cruise, but I do expect that people who are vaccinated will be among the first to sail,' she said.

Fee added that cruise executives have said vaccine mandates would depend on the countries visited. She doesn't know whether crew are being vaccinated, 'but I’m betting that’s a huge priority. The safety of the crew is of utmost importance, and by doing so, you can further lessen and control an outbreak if it occurs on board.'

According to Fee, cruise lines put the safety of passengers, crew and the people in the communities they visit first, 'so taking steps to do that, including mandating a vaccine, could be a reasonable request for both crew and guests.'

Fee thinks the industry has been unfairly singled out during the pandemic, which has 'given us a black eye in the public perception, so as much as it pains me to continue this pause in cruise ships sailing, we want to be sure that when ships start sailing again, the cruise lines are ready. We don’t want any mishaps that could further damage the industry in the media.'

Whether the arrival of vaccines is helping sales, Alex Sharpe, president and CEO, Signature Travel Network, cited anecdotal reports of stronger bookings this week, including several travel advisors indicating on Signature's Facebook page that they've had more inquiries in the past week than in the last two months.

'I do think the vaccine will help and while the rollout has been uneven by state, people know that at some point it will indeed be safe to travel,' he said.

Sharpe welcomed Del Rio's plan to vaccinate crew, adding: 'I think this is an easy one for the cruise lines and expect everyone will do it.'

But Sharpe said cruise leaders are unsure about mandating guest vaccination. 'Right now, it wouldn’t work because kids aren’t going to receive the vaccines, but it could be an easier direction for small luxury lines without kids,' he said. 'I want whatever creates the most confidence and doesn’t eliminate too much of the market.'

Sharpe feels good about the protocols lines already have in place. He also believes many people want to get vaccinated, and that some destinations will require it.

As for the CDC framework: 'My guess is they have their heads buried in a myriad of things and until they know more, they will keep pushing the cruise lines to implement everything. In the scheme of things, I think the lines would be happy to implement all of these measures if it meant they can sail again.'