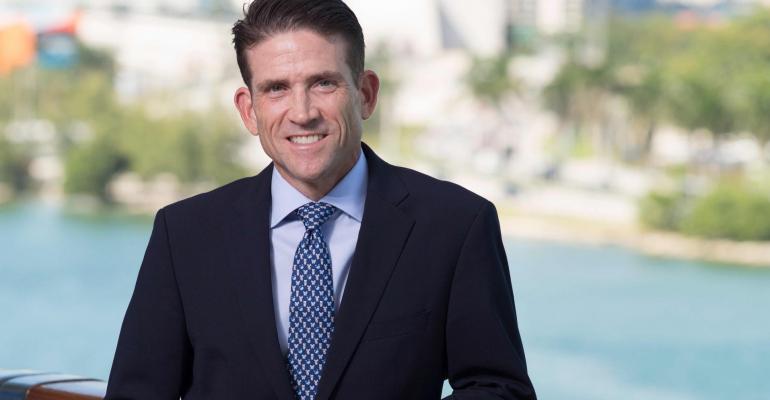 'It's about getting people from the curb to the ship in 20 minutes and keeping an efficient flow of guests,' said Carlos Torres de Navarra, a seasoned cruise line port operations executive

Cruise Lines International Association members have agreed to universal COVID-19 testing, part of the Healthy Sail Panel recommendations, though it's not yet clear if that will be done at terminals when operations start stateside.

In Europe MSC Cruises has led the charge with testing at embarkation ports, and some destinations in the Americas are requiring testing. So Miami-based WeCARE Health Network has come up with a comprehensive action plan for managing in-terminal testing should that become a US practice.

The customizable plan offers multiple options for testing, a network of more than 1,000 licensed and qualified personnel to conduct the tests and expert consultation on cruise terminal flow to safely and efficiently manage the process. This goal is to ensure ships keep to their embarkation and itinerary schedule. Screening and testing of crew can be managed, as well.

Curb to ship in 20 minutes

'Ideally, it's about getting people from the curb to the ship in 20 minutes and keeping an efficient flow of guests,' said Carlos Torres de Navarra, a seasoned former cruise line port operations executive working with WeCARE to implement a turnkey plan for ships.

'We're taking our cues from the protocols that have been introduced in Italy but on a larger scale,' he explained.

Using 15-minute tests, it will take roughly 38 WeCARE personnel to process 350 passengers per hour, Torres de Navarra said, keeping within a six-hour embarkation schedule for a ship carrying 2,000 passengers. The plan is scalable for when lines go back to higher occupancies.

There will have to be strict adherence by passengers to staggered assigned arrival times to ensure a good flow, since terminal seating will be limited to allow for social distancing.

WeCARE offers multiple testing options — everything from rapid antigen tests that do or don't require equipment to PCR tests for regular crew testing and to support the antigen process for passengers. It's also possible to add an Influenza A/B test.

'We're not married to one test,' Torres de Navarra said. 'We're testing agnostic, but we can fully support the whole protocol using ours, Abbott ID Now or a PCR test. We have the ability to pivot.' WeCARE's rapid antigen test has received Declaration of Conformity under IVDD Annex III in the EU and is in process for emergency use authorization approval by the US Food and Drug Administration. It will be available with favorable pricing for cruise line partners.

WeCARE's technology platform encompasses any testing modalities, with real-time results available to passengers and the cruise line via any mobile device and internal systems such as Fidelio Cruise and SeaCare, plus contact tracing/notifications and monitoring of health status.

It seems likely the new health standards will be mandated by a government authority. Should screening protocols be required and then monitored by the US Coast Guard as part of a cruise terminal’s Facility Security Plan, based on their mandatory nature and the fact that the process is being executed by a third party unrelated to the cruise line, costs may be eligible for treatment as a government fee and tax.

WeCARE has been asked to quote for operations at PortMiami and Port Canaveral.

According to Torres de Navarra, 'The message of a turnkey operation is resonating with the cruise industry because it not only meets the objectives of the Healthy Sail Panel but tries to create an efficient guest flow in a homeport environment.'

His aim is for WeCARE to become 'the gold standard for health screening.'