World Dream returns to Singapore with one COVID-19 case, first in eight months 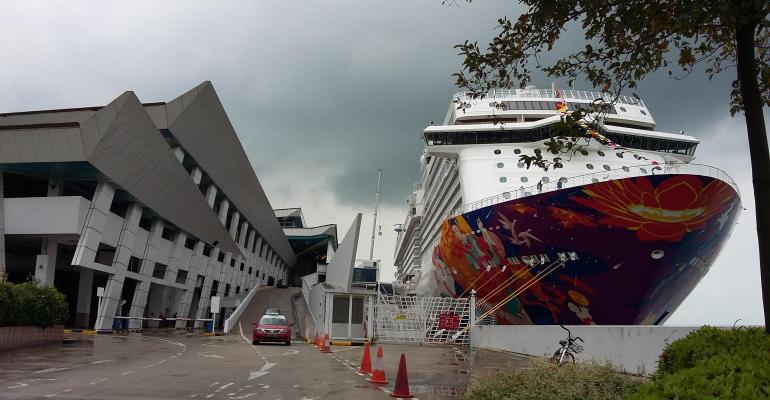 Until this, World Dream had sailed COVID-free since starting Singapore cruises to nowhere last November
Passengers began disembarking Dream Cruises' World Dream in Singapore Wednesday night after one COVID-19 case was detected on board and contact tracing was carried out.

After being identified on Tuesday as a close contact of a case ashore, a passenger, 40, was immediately isolated and tested positive on the ship, according to the Singapore Tourism Board. When World Dream returned several hours early to Singapore Wednesday morning, the passenger was retested in hospital ashore and confirmed positive.

Negative antigen test pre-cruise, positive PCR on the ship and at local hospital

According to news reports, the person had cleared as negative in a pre-embarkation rapid antigen test, while the shipboard and hospital tests were PCR.

World Dream was reportedly carrying 1,646 passengers and 1,249 crew, with the travelers and nonessential crew asked to stay in their cabins during the contact tracing period. Three traveling companions were said to have tested negative, while all passengers would be tested in the terminal when disembarking.

The three-night cruise to nowhere had embarked at Marina Bay Cruise Centre on Sunday.

The two-night cruise to nowhere scheduled to depart Wednesday was reported canceled as a precaution.

On June 14, World Dream had gone back to 50% capacity, following a month at 25% due to Singapore's prior heightened COVID-19 alert.