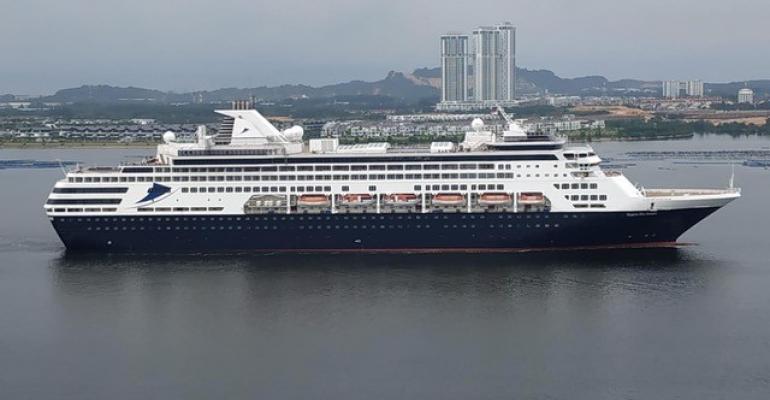 Portugal-based Mystic Cruises is the buyer of Vasco da Gama, the first of five vessels operated by insolvent Cruise & Maritime Voyages that are being auctioned this month.

The 630-cabin Vasco da Gama was auctioned by CW Kellock & Co on October 9. The sale price has not been disclosed.

Mário Ferreira, chairman of Mystic Invest, parent company of Mystic Cruises — and Seatrade Cruise Personality of the Year 2020 — called the acquisition an 'opportunity to grow the company’s fleet and to better position it for the expected uptake of the market after the COVID-19 pandemic.’

He said, ‘Our focus is on smaller cruise ships, under 1,000 passengers, to create a more personalized, safe and intimate cruise experience for our guests,’ adding, ‘We believe that this segment of the market is better placed to answer to what cruisers will expect in the near future.’

Currently docked at Tilbury in the UK, the ship will serve the British and German markets under Mystic Cruises ownership. ‘Our company believes in offering a intimate, safe and great value for money experience to our guests. We believe that the Vasco da Gama will be a great addition to our fleet of ocean cruise ships,’ commented Ferreira.

Mystic Cruises has been one of the first to restart cruising with 2019-delivered World Explorer in the Mediterranean.

Early this year, Mystic ordered four additional 200-passenger ships at WestSea Viano do Castelo for Atlas Ocean Voyages, with the first, World Navigator, to be delivered in April 2021. It will operate for the American market where ‘sales are already picking up again,’ Ferreira said.

Vasco da Gama was launched in 1993 for Holland America Line as Statendam, built by Fincantieri in Trieste. The ship stayed in the Holland America fleet until 2014, when it was transferred to P&O Cruises Australia and became Pacific Eden.

It was bought in 2018 by Cruise & Maritime Voyages and rebranded as Vasco da Gama, after the famous Portuguese explorer who completed the first European voyage to India.

Claus Bødker stepping down as director of Cruise Baltic and CruiseCopenhagen
Aug 12, 2022