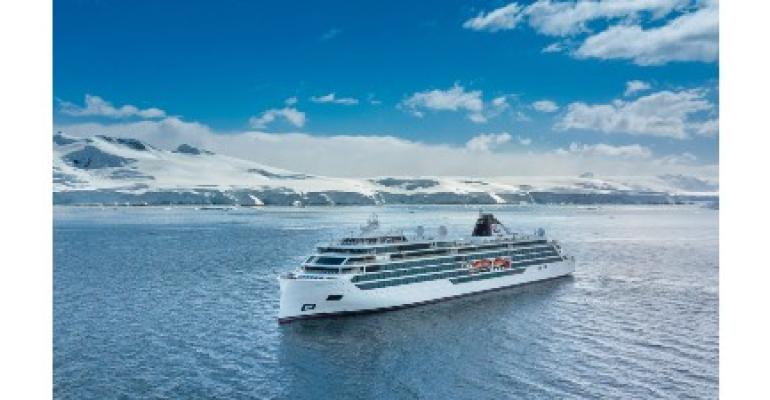 One passenger died and four were injured after a rogue wave struck expedition ship Viking Polaris off Argentina's southern coast.

The wave hit at 10:40 p.m. Tuesday while the ship was sailing toward Ushuaia, a Viking representative said. Those injured sustained non-life-threatening injuries and were treated by the shipboard doctor and medical staff.

WRAL News in Raleigh, North Carolina, cited a Durham couple who were onboard. Suzie Gooding described the wave's impact: 'We wondered if we hit an iceberg. And there are no icebergs out here, but that's how it felt.'

She provided WRAL a photo showing several broken windows on the forward, portside of the ship.

Viking said it is working to repatriate passengers. The line canceled the next trip, the Dec. 5-17 'Antarctic Explorer' expedition.

'We are investigating the facts surrounding this incident and will offer our support to the relevant authorities,' the Viking representative said.

The line did not confirm how many people were onboard.

The 30,500gt Viking Polaris has capacity for 378 passengers and 260 crew. It just entered service this year, debuting for the Antarctica season.