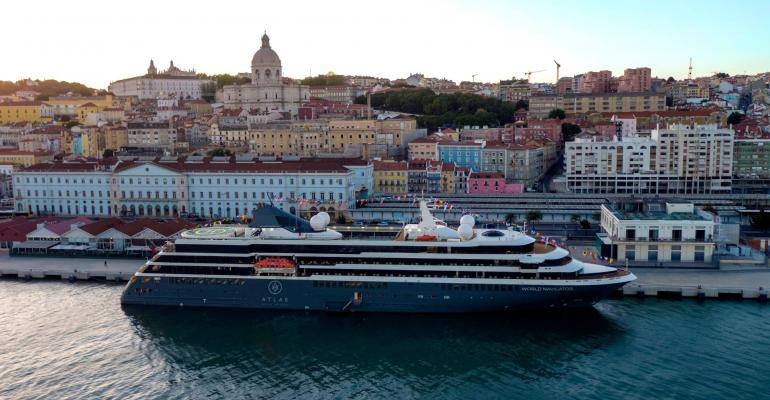 World Navigator, set to debut in July 2021, is depicted at Lisbon

Atlas Ocean Voyages is offering a free shore excursion at every port for bookings made by year's end.

The promotion apples to cruises on World Navigator, set to debut in July 2021 with a total of 107 port calls in the Mediterranean, Black Sea, Holy Land, Caribbean sand South America.

'Atlas Ocean Voyages is already one of the industry’s most-inclusive luxury experiences, and we are adding more value by delivering more immersive inclusions,' President Alberto Aliberti said. He added that with the 'luxe adventure' line's 'All Inclusive All the Way' commitment, 'We take care of the details so guests’ return to travel will be a safe and unforgettable experience.'

Excursions include a tour of the UNESCO World Heritage Site of Ancient Olympia from Katakolon, Greece; the biblical site of Zippori from Haifa, Israel; World War II monuments and Soviet-era memorials at Novorossiysk, Russia; St. Lucia by land and sea atop an ATV and aboard a catamaran; and notable sites of the 1982 Falkland Islands conflict.