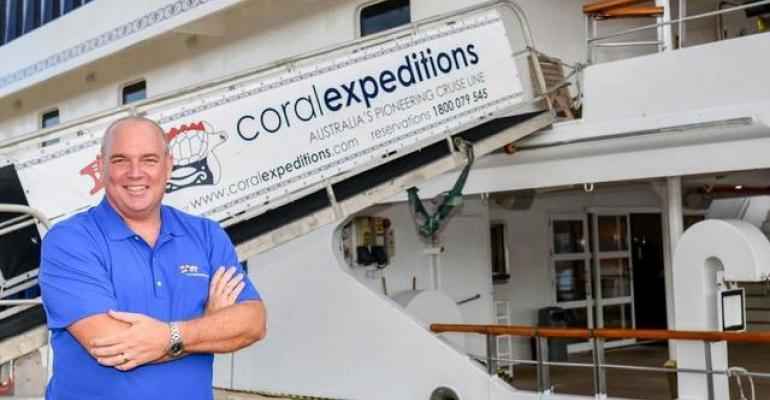 The Adelaide to Adelaide voyages stay completely within South Australia’s state border and continue the company’s strategy of an all-year domestic deployment amidst international travel restrictions.

Earlier in the year, Cairns-based Coral Expeditions announced New Zealand voyages for December ’21 and January ’22 in anticipation of the trans-Tasman bubble being introduced.

Expedition cruising in South Australia is not new to Coral Expeditions, having conducted a series of pioneering and popular cruises in the area earlier this year.

South Australia’s islands and gulf waters are one of the lesser-known stretches of the Australian coastline with 5,000km of rugged shores and more than 300 islands.

Many of the islands are important sanctuaries for birds, kangaroos, and wallabies, and especially seals and sea lions.

Fresh local seafood from the source and hand-selected local wines will feature in the onboard f&b program.

Jeff Gillies, Coral Expeditions Commercial Director, says the company is enthused to return to South Australia: ‘We ventured into South Australia for the first time earlier this year. The people and communities of South Australia welcomed us with open arms and our guests were inspired by the unique natural environs which are ideally suited to our style of adventures. The feedback from guests and crew alike give us great confidence to return and to make South Australia a regular feature of our annual sailing schedule over the summer months.’

Joining the voyages is guest lecturer, writer and Kangaroo Island conservationist Quentin Chester who will be sharing his local knowledge.

‘After a successful 10-day tour by Coral Expeditions in February this year, we’re thrilled to see them not just return but bolster their SA itinerary in our upcoming cruise season,’ he said.

Operating with permission from all authorities and under its own SailSAFE protocols, Coral Expeditions has completed over 75 incident-free voyages since October 2020 on its Australian-flagged, Australian-crewed ships.