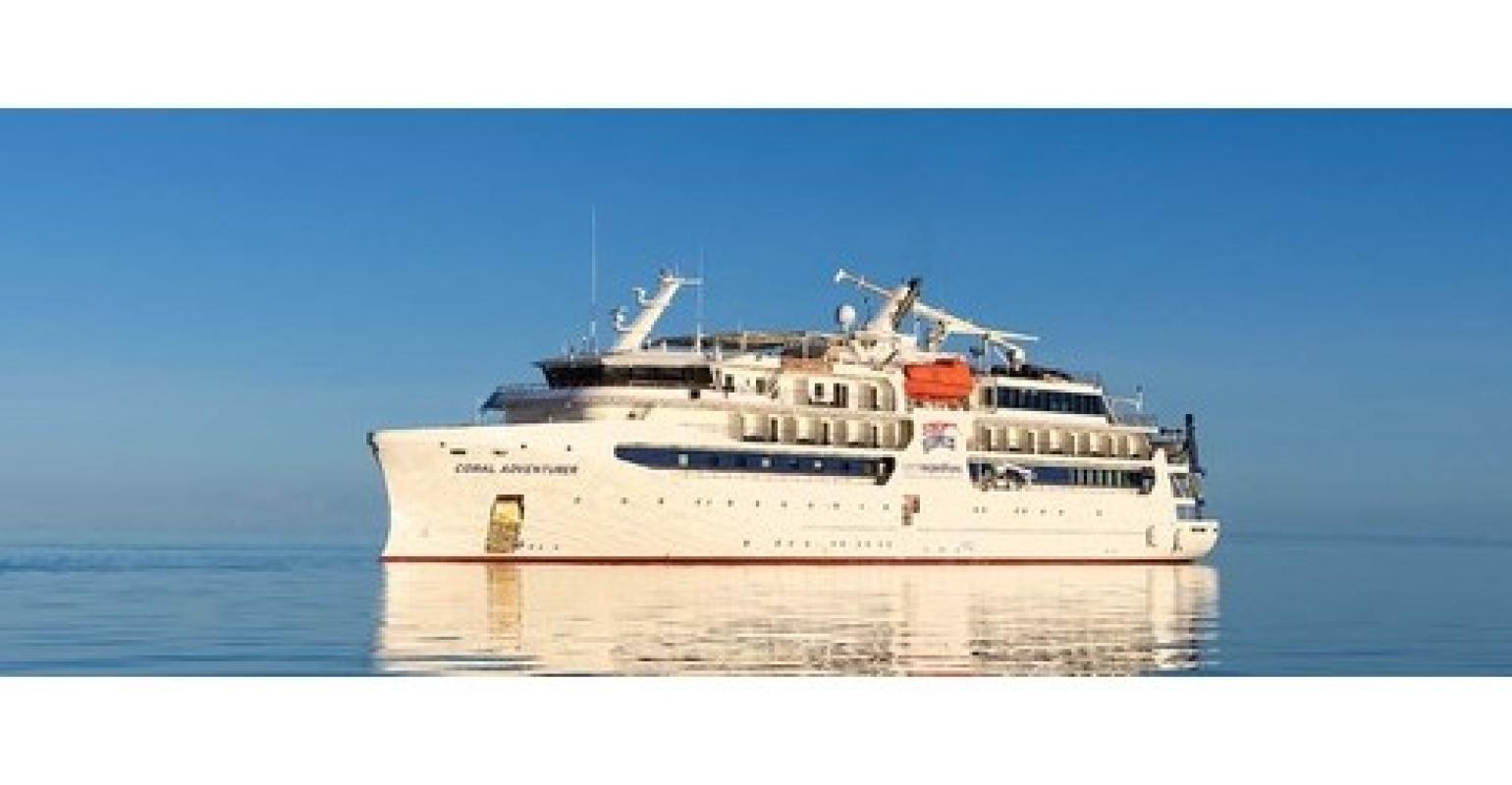 Coral Adventurer is coming out of mothballs after 10 months
Coral Expeditions will operate a New Year programme of sailings from January with its flagship Coral Adventurer, which will have been tied up at the company’s homeport of Cairns for 10 months.

As reported here, on October 14 the 35-year-old company embarked on its first programme of cruises since the COVID-19 lockdown — a series of seven-night return trips around the Great Barrier Reef operated by the 72-passenger Coral Discoverer.

As also reported here, Coral Discoverer will operate a Tasmanian programme, starting with a 16-night circumnavigation of the island from Hobart on January 1.

Gillies said as with the company's other domestic itineraries, passengers will be drawn from the Australian market and the numbers capped at under 100.