Coral Expeditions returning to New Zealand and the South Pacific 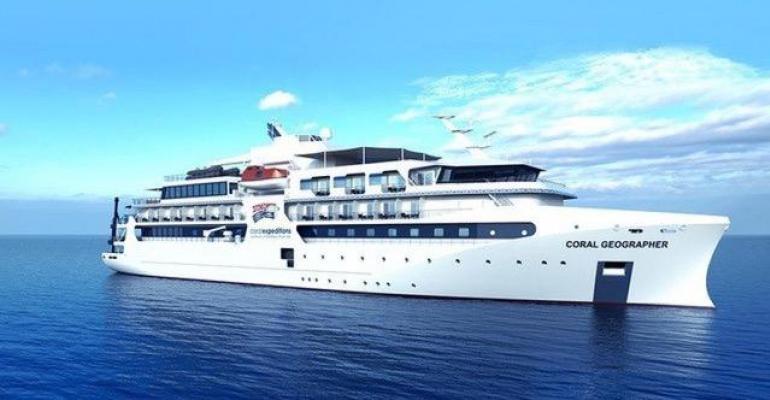 An artist’s impression of Coral Geographer, which will operate a 2021/22 season in New Zealand and the South Pacific

As reported here, the 120-passenger ship is under construction at Vard Yung Tau Shipyard in Vietnam and Commercial Director Jeff Gillies told Seatrade Cruise News she will undergo sea trials next week.

Her first voyage is scheduled for March and Gillies said ‘she is looking good!’

On November 30, 2021, Coral Geographer will sail from Honiara on a 13-night ‘Battlefields and Beaches of the Solomon Islands.’ This voyage through the Solomon Islands and Vanuatu will explore shipwrecks and the remnants of World War II in the Pacific.

Rear Adm. Allan du Toit will be a guest lecturer to discuss the historical and wartime significance of the region.

On December 27, 2021, Coral Geographer departs Auckland on a 12-night ‘New Zealand’s East Coast’ expedition through the Marlborough Sounds and Fiordland. The ship will visit sheltered coves and islands where fur seals, dolphins and abundant birdlife are to be found.

On January 8, 2022, a 14-night ‘Expedition to the Albatross Lattitudes’ from Milford will explore the sub-Antarctic region, including UNESCO World Heritage sites.