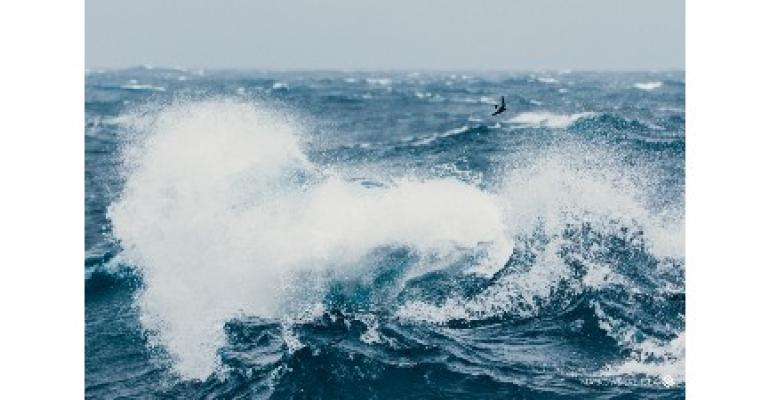 Silversea Cruises offers Antarctica Bridge, with the opportunity to fly to/from the ship in Antarctica, skipping the Drake Passage. It's an option that still can be subject to weather.

On Silver Endeavour's recent shakedown and naming cruise to Antarctica, travel advisors and media from around the world got to experience a Drake crossing on the way out and Antarctica Bridge on the way back.

The 200-passenger Silver Endeavour — a sleek greyhound of a ship  — showed its prowess by zipping across the Drake Passage in 1.5 days despite gale-force winds of up to 40 knots and swells up to six meters/20 feet. Activities, from lectures to meals, functioned normally onboard. 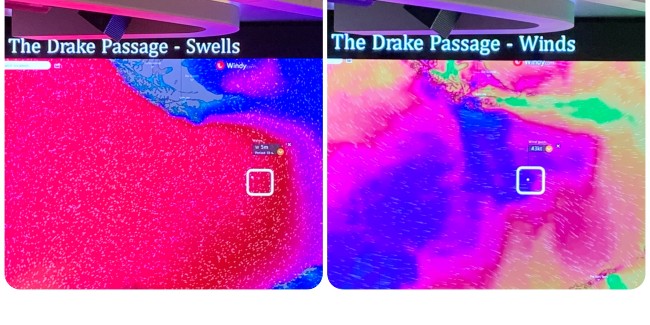 Swells and winds can be intense in the Drake Passage

The crossing typically takes two days so Endeavour's speedy performance meant passengers were out in the Zodiacs and exploring Ross Island off the Antarctic Peninsula on the second full day of their cruise from Puerto Williams, Chile.

Others don't have the time to take the 'standard' Antarctica cruise — six days there bookended by the two-day Drake crossing, making for a 10-day voyage plus the time to get to and from the South American mainland homeport. Antarctica Bridge provides a five- or six-day cruise, much shorter. 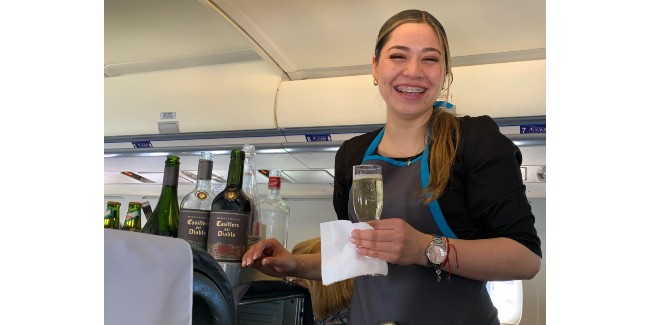 Passengers fly LatAm from Santiago to Punta Arenas, Chile, for a hotel overnight, then in private, business-class air with DAP Antarctic Airways to King George Island off the Antarctic Peninsula to embark their ship.

'Fast track to the last continent'

Silversea calls it 'the fast track to the last continent.'

For the return, passengers disembark at King George Island and fly to Punta Arenas for an overnight hotel stay then continue on to Santiago for international fights home. Some trips offer the ship crossing one way and the air crossing the other.

Silversea has an exclusive partnership with DAP Antarctic Airways, and the flights provide bar service, meals and a custom entertainment program. Each 80-seat plane carries 64 passengers tops, with no one assigned a middle seat and 16 rows instead of 18. Passengers are allowed 23 kilos of checked luggage, plus a hand luggage allowance of 8 kilos.

In Antarctica, just as all operations and landings are contingent on weather, so are flights. On Silver Endeavour's shakedown cruise, time in Antarctica was cut short a day due to a long stretch of fog forecast for King George Island.

The airstrip there serves multiple countries' research stations. It has a gravel runway, and pilots must be able to make a visual landing. So when the weather forecast showed a window of clear skies the next day, followed by three days of fog, the cruise schedule changed. Guests would leave the ship a day earlier than expected, and passengers on Silver Endeavour's next sailing would fly in to embark a day earlier.

When Expedition Leader Marieke Egan showed the weather charts and explained the situation at what would be the shakedown trip's last evening briefing, people were disappointed but understanding.

The next morning, instead of a landing at Deception Island, Silver Endeavour glided through the narrow opening of this volcanic caldera and sailed around, before striking out for King George Island, five hours' sailing time away.

In late afternoon, passengers and their luggage landed by Zodiacs, and small buses carried them the short distance to the air strip. Silversea had ordered a large tent, which will serve as the departure lounge going forward. But because of the unplanned early arrival, it wasn't ready so everyone waited on plastic chairs in a cluster of small buildings with coffee/tea served. 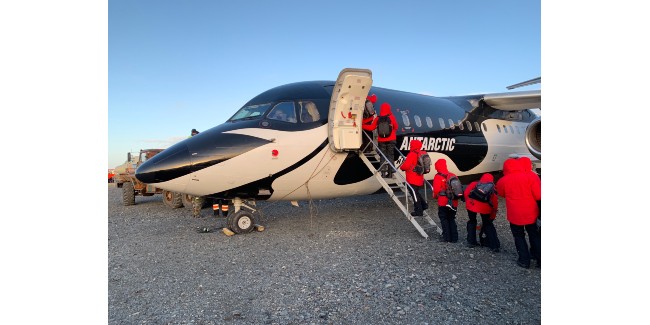 It turned out to be a longer than expected wait of several hours and a chilly one at the end after the flights with incoming passengers arrived and some departing passengers stood on a wind-whipped gravel airstrip while the planes were serviced. They were welcomed aboard with hot soup then served cocktails and dinner. The flights landed after midnight at Punta Arenas where Silversea ground handlers whisked the guests into waiting buses for their hotels.

It wasn't the way things should or will normally go, Silversea said, and the only shaky part of an otherwise exemplary shakedown cruise. The next day Conrad Combrink, Silversea's SVP expedition, destination and itinerary management, explained to everyone in an email how a medical evacuation from another expedition ship and the repatriation of a deceased scientist's body from a research station took priority and delayed the Antarctica Bridge operations.

Travel advisors said it just illustrates the need for flexibility when traveling in Antarctica.

According to DAP, over the past 15 years, 92% of flights have departed on time so this was a rare exception.

'Our job as travel agents is to explain things will change. You've got to be prepared to roll with the changes,' said Phil Hoffmann, managing director, Phil Hoffmann Travel, Australia, who heartily praised Silver Endeavour and said the Antarctica Bridge shakedown experience didn't change his view that it's a good alternative.

All travelers should allow time going and returning for a remote trip like this, he said, even if they choose the Antarctica Bridge.

'Yes, we lost a day but you could lose a day on the Drake,' he said. 'We also gained a day on the way over.' There will be people 'spooked by the seasickness challenge,' so flying is a good option for them, he added.

Antarctica Bridge is 'a premium product,' Galligan said. 'We'll have it our mix.'

He wasn't bothered by the King George Island delay and is confident Silversea will get it right. 'We took off on a gravel runway. That was brilliant ... I thought it was part of the adventure. It was all a real wow for me,' he said.

Galligan noted how the expedition leader explained the weather and showed the forecast 'so it all made sense. Behind the scenes, Silversea rebooked everyone in the hotel, got coaches organized and the tours. (Punta Arenas tours were provided for the unplanned extra day there.)

'That was all done seamlessly,' Galligan said.

Katie Wilson, product manager, Bolsover Cruise Club, UK, also likes the Antarctica Bridge option. But the Drake's not always rough, and in some ways she sees it as a rite of passage for the privilege of visiting Antarctica.

Since Wilson's packaging the trip, she's concerned if clients may miss a day of Antarctica, which they paid for, not an extra day in Chile, she said.

So clients 'need to consider the pros and cons of flying versus sailing.'

A choice of three ships and four products

'Customers have a choice,' said Silversea's Peter Shanks, managing director, UK and Ireland. 'The Wind and the Cloud offer better value. For Silver Endeavour and Antarctica Bridge, there's about a 20% premium.'

Shanks also noted that while crossing the Drake usually takes two days, the Wind and the Cloud can sometimes make it in 1.5 days, as Silver Endeavour did.