Expedition cruising emerges, from the holy grail Antarctica to Panama and beyond 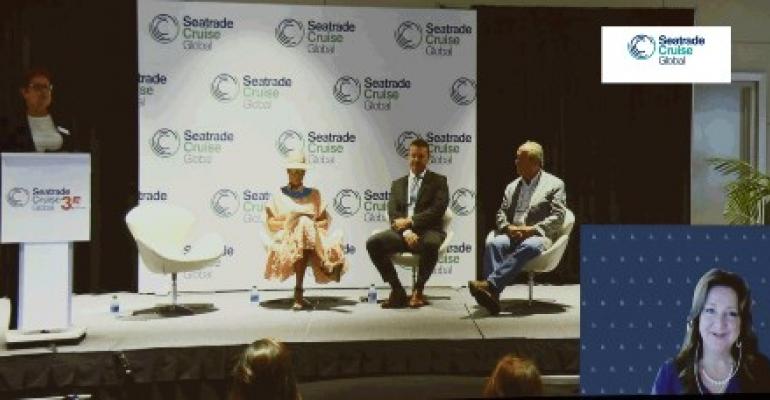 But those 27 newbuilds represent fewer than 10,000 berths, noted Conrad Combrink, SVP expeditions, tour operating and destination management, Silversea Cruises, and some replace older ships. He doesn't see shipbuilding continuing at such a pace, though demand for expedition travel is strong.

Silversea's first purpose-built expedition ship, Silver Origin, debuted in the Galápagos this year, and Silver Wind is undergoing conversion into a polar vessel in Poland ahead of the upcoming Antarctica season.

'The Antarctica season for us is the holy grail,' Combrink said. Two of three Silversea ships will turn around in Chile, part of a longer-term plan to move operations there, which includes training Chileans to become expedition leaders.

Just this week, Ponant inaugurated its Polar Class 2 hybrid LNG-powered Le Commandant-Charcot, which earlier this month reached the geographic North Pole. Ponant currently has five ships in operation and all 12 of its vessels are expected to be carrying passengers by year's end.

American Queen Voyages offers 'encounter travel' and the educational aspect is important, Bennett said. Ocean Victory will afford opportunities to interact with scientific researchers studying songbirds and marine mammal sounds and to learn about Tlingit life in the Native village of Kake.

'Wildlife is important but more and more we see our guests interested in the communities they visit,' Silversea's Combrink said.

The panel discussed the importance of preserving authenticity and getting governments and communities' support for visits, along with ensuring the local people benefit from tourism. This takes time and dedication.

Silversea spent three years engaging with communities in Bangladesh via the tourist board before it was able to visit. The Ponant Foundation built and maintains a school and helps fund access to drinking water and solar-powered electricity in Bijagós off the coast of Guinea-Bissau.

All the panelists talked about the importance of exploring destinations beyond the poles. The vast Indian Ocean — from Madagascar to Aldabra in the Seychelles — is of interest to Silversea, Ponant is keen on Australia's vast Kimberley and American Queen's Bennett suggested the Canadian Maritimes have 'everything' — beauty, culture and ice — and offer 'untapped potential.'

What it takes for a destination to crack the expedition market

Authenticity is the most important thing for a destination hoping to crack into the expedition sector, according to Denise Guillén, deputy minister of tourism, Panama Tourism Authority. It's also vital that countries have strong conservation programs to protect their nature and cultural traditions, she said.

Panama has seven protected indigenous communities, rain forests, wildlife and more than 1,000 islands spread across four archipelagos in the Caribbean and Pacific, with opportunities to create interesting itineraries combined with Costa Rica and Colombia.