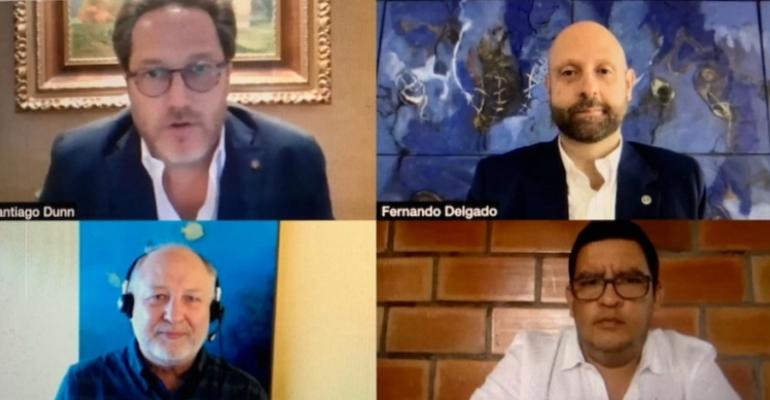 Eighty percent of the Galápagos economy relies on tourism, which plunged 73% during 2020, according to Santiago Dunn, CEO of Ecoventura.

They spoke Tuesday during a Seatrade Cruise Virtual: Expedition Cruising panel on the Galápagos.

The archipelago's population is almost 30,000, and eight in 10 jobs rely on tourism, Dunn said.

Ecuador is open but few people are traveling

Ecuador is open to international tourism, and some Galápagos cruises are operating. But few people have been traveling and there are still public health issues to work out including a lack of emergency medical facilities in the islands.

'Vaccination is key,' in the view of Capt. Dan Blanchard, CEO of UnCruise Adventures. A poll of his customers found the vast majority don't want to travel until they're vaccinated or until everyone gets vaccinated.

Ecuador does not mandate vaccination and has virtually no vaccine dissemination so far. Travelers must have a negative COVID-19 PCR test within 10 days of arrival.

UnCruise partner Metropolitan Touring has resumed sailing but because UnCruise guests were not comfortable about going to the Galápagos until recently, the Seattle-based operator hasn't run trips there. That's about to change.

UnCruise plans its first Galápagos program, after a year away, on April 3, with a trip aboard La Pinta, a Metropolitan Touring ship.

According to Dunn, in normal times, tourism contributes $600m annually to the archipelago's economy, with expedition cruising accounting for $400m of that. In 2019, there were 270,000 visitors, of which 80,000 traveled on ships.

He said there are 77 ships in the Galápagos National Park, where capacity is limited to 100 passengers. Just five ships there can carry that many, five hold between 32 and 48 passengers and 67 between 16 and 20 passengers.

Tourism and conservation can be complementary

Some people think tourism and conservation are in conflict, but in Naula's view, they complement each other. Half of the National Park budget is financed by the mandatory visitor entrance fee. This has supported such projects as the recovery of Galápagos tortoises.

Since the park is so well-managed, visitors today can see pretty much what Charles Darwin experienced on his historic 1835 trip aboard the Beagle, said Fernando Delgado, VP Canodros/Silversea Cruises Ecuador.

Responsibility for the people, too

Silversea has a fund for the Galápagos and is trying to create vocational schools to train workers for jobs shipboard or in local hotels and restaurants. Its parent company Royal Caribbean Group has donated more than $500,000 for emergency medical needs, and a lab to support COVID-19 testing is planned in Santa Cruz.

Delgado said the company is also talking with growers in the islands to encourage them to produce more quality foodstuffs Silversea can purchase and to educate about farming without the use of pesticides. This would also help support the local population's food needs.

'All operators have a responsibility to the Galápagos, not only with the conservation of the islands but also the well-being of the inhabitants, because that is the key to the future,' Delgado said.