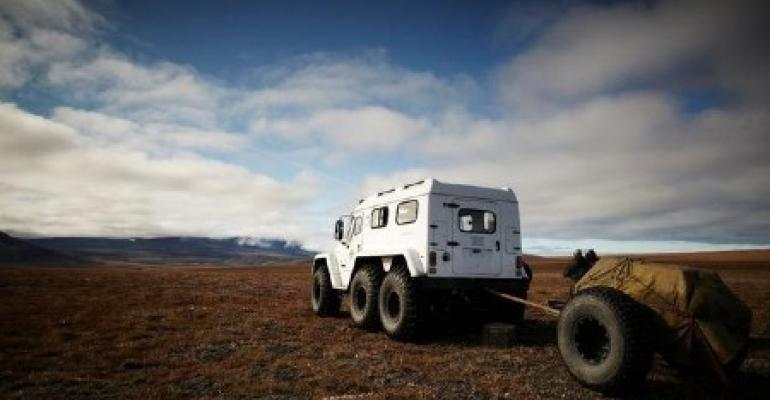 The former Hanseatic, which is being converted into the company’s flagship, Heritage Adventurer, will sail on a 15-day round voyage from Nome in Alaska on July 24, 2022.

The 140-passenger,125-meter 1A super ice class vessel, which will join Heritage Expeditions in May, will spend five days sailing to Wrangel Island, traversing the Bering Strait between Russia and the United States, heading west along the Chukotka coastline and crossing the De Long Strait.

Ship as a base

At Wrangel Island Heritage Adventurer will act as a base for the following five days, allowing passengers to board the 14 Zodiacs to explore the little-known UNESCO World Heritage Site.

However, when the ship sets sail for the remainder of the voyage, five passengers will stay behind as guests of the rangers who man the Wrangel Island Nature Reserve for a unique 10-day immersion.

They will explore the landscape by tundra vehicle and a Russian-built all-terrain truck, staying in basic field huts, eating simple but hearty camping fare and using outhouse bathroom facilities.

They will go where few people other than researchers, rangers and scientists have ventured and will share the island with an abundance of wildlife, including polar bears, walruses and snow geese.

The five passengers will rejoin Heritage Adventurer on the return of her third Ultimate High Arctic Expedition, arriving in Nome on September 4.

The fare for the five passengers making this once-in-a-lifetime experience is US$35,000 each.

The fare for the three Ultimate High Arctic Expeditions, departing Nome July 24, August 7 and August 21 is US$11,950 per person.