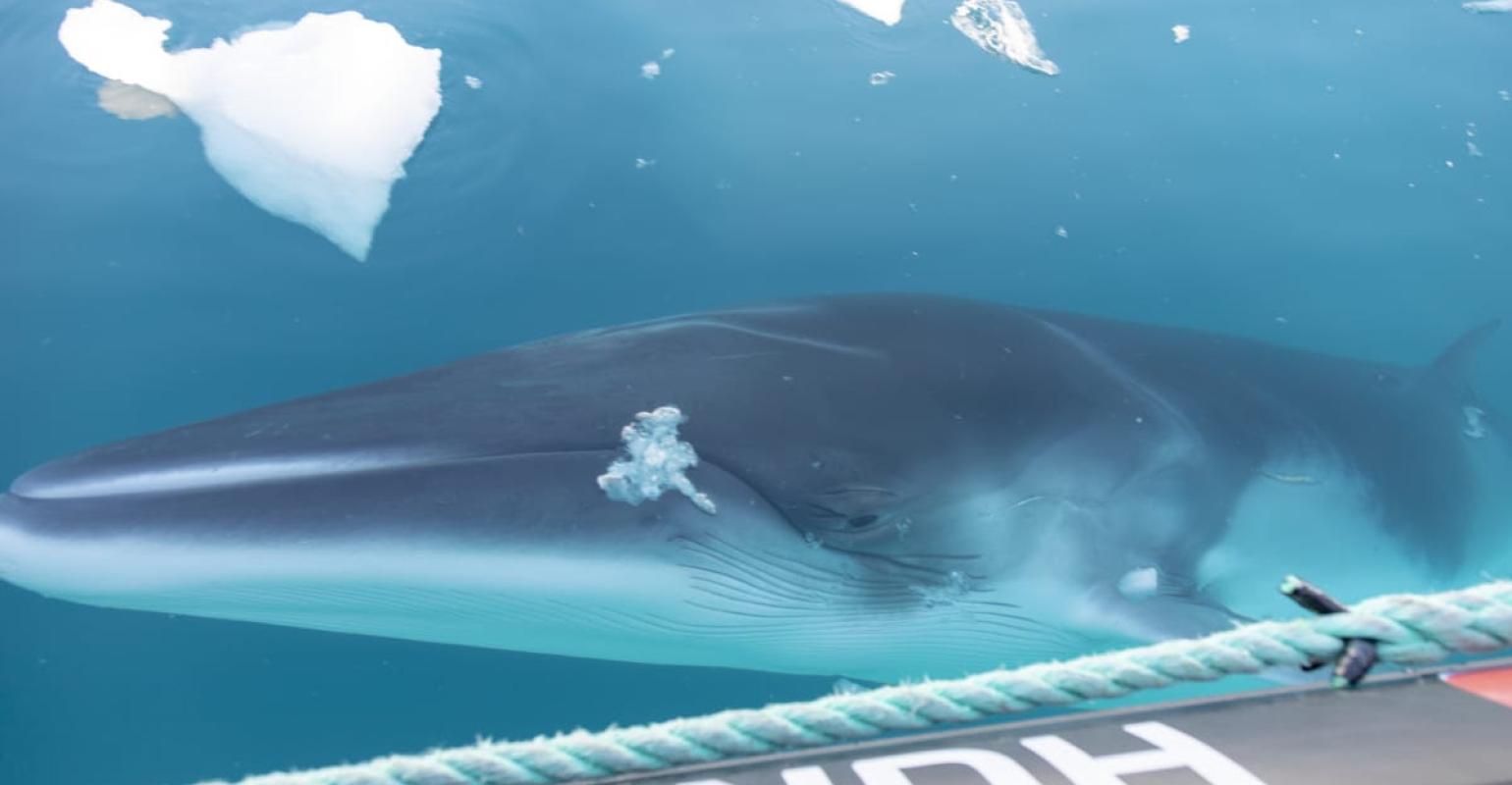 A whale comes close to a Hurtigruten Zodiac. The California Ocean Alliance research will help create programs that are tailored so visitors can have close encounters with whales while ensuring minimal impact
Hurtigruten Expeditions is strengthening its partnership with the California Ocean Alliance to better understand and protect whales and other marine mammals in Antarctica.

A pilot was launched in late 2019 but paused due to the pandemic. As Hurtigruten looks to the 2021/22 Antarctica season, California Ocean Alliance scientists will be along for several Roald Amundsen sailings.

The team will collect acoustic data to study ambient noise conditions, the sounds marine animals make and the influence of human presence on the soundscape. The research on how whales behave near humans will allow Hurtigruten and other cruise lines adapt to minimize interference with whales.

'Our research will be some of the most challenging we have ever conducted, in one of the most difficult parts of the world. So to have a partner like Hurtigruten that supports us is a huge gift to us,' said Ari Friedlaender, associate researcher at the University of California, Santa Cruz, and director of research for California Ocean Alliance.

'With this research, we can create programs that are tailored so guests can have close encounters with whales while ensuring minimal impact on the different whale populations in Antarctica,' he added.

The data collected during this partnership and from others will be used for executive decision-making on future environmental issues, Hurtigruten Expeditions CEO Asta Lassesen said.

Travelers have access to scientists on board all Hurtigruten expeditions, and each ship has a science center, all overseen by the company's chief scientist, Verena Meraldi. Examples of citizen science projects during Antarctica journeys involve surveying the penguin population, studying leopard seals and seabird distribution.

The California Ocean Alliance team will work alongside Hurtigruten’s expedition teams to provide educational opportunities through lectures, demonstrations and real-time analysis of scientific data. As part of the research, the scientists will also collect skin and blubber biopsy samples from whales to evaluate individual animal health, population growth rates and stress levels.

'Ambient sound research has not been properly conducted in Antarctica before, so we are incredibly enthusiastic about this partnership and that we have the right tools for the scientist to carry out their research by already offering the quietest ships in Antarctica,' Meraldi said, referring to the ability of Roald Amundsen and Fridtjof Nansen to operate for stints on silent battery power.

'We hope this will be a long-term partnership that will benefit all parties but, most importantly, the Antarctic whale and wildlife populations,' Meraldi added.

The California Ocean Alliance scientists will be aboard Roald Amundsen cruises on Jan. 11, Jan. 27 and Feb. 12, 2022.

In April, Crystal announced its Crystal Endeavor would be carrying California Ocean Alliance scientists on five expedition cruises in the 2021/22 Antarctica season.