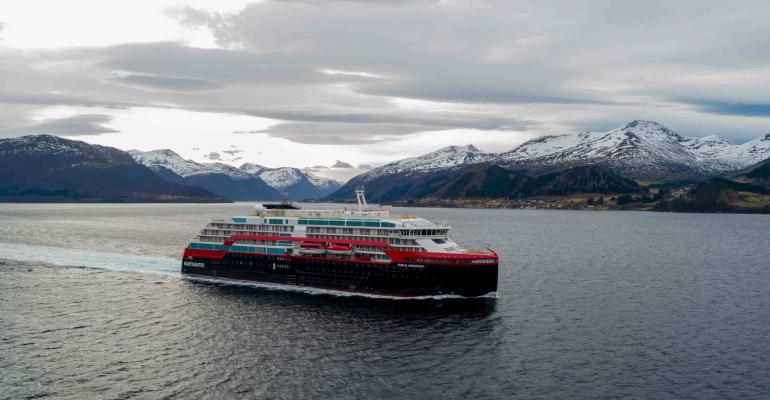 The Foundation will donate 1% of the total cost of each Alaska cruise sold during Earth Week (April 19-26) to Alaska Wilderness League, which will help protect reserves including the 19.6m-acre Arctic National Wildlife Refuge.

Ahead of Earth Week, Hurtigruten Group CEO Daniel Skjeldam was named one of Afar’s 2021 Travel Vanguards for his and the brand’s commitment to sustainability with such efforts as the hybrid electric-powered Roald Amundsen and Fridtjof Nansen, use of battery-powered catamarans for touring in Svalbard and the plan for most ships to soon be operating on clean biofuel from organic waste and battery power, among other efforts.

'Alaska, with its rapidly rising temperatures, increases in wildfires, thawing permafrost, receding glaciers, eroding coastlines and disappearing sea ice is ground zero in the climate crisis in the United States,' said Adam Kolton, executive director of Alaska Wilderness League. 'Alaska Wilderness League is committed to confronting the causes and impacts of climate change and defending America’s last great wild public lands and waters, and are happy to have the support of companies like Hurtigruten and their customers that are dedicated to conducting business in an environmentally responsible way and committed to respecting local Indigenous cultures.'