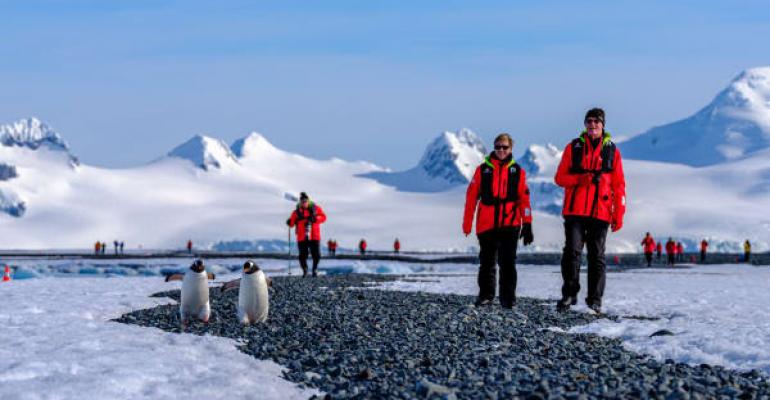 This Fourth of July sale includes one of the lowest fares ever to Antarctica on a 19-day cruise aboard Fram, which sails through the Chilean Fjords to Patagonia before reaching Antarctica

US travelers can save up to 50% on most of Hurtigruten Expeditions' 2021-22 itineraries for bookings made from July 1-8.

This Fourth of July flash sale includes one of the lowest fares ever to Antarctica on a 19-day cruise aboard Fram, which sails through the Chilean Fjords to Patagonia before reaching Antarctica. The cruise departs Oct. 15, 2021, and is now available for $7,248 per person.

Other itineraries that can be booked for up to 50% off include two trans-Atlantic holistic wellness crossings from Buenos Aires to either Cape Verde or Lisbon and an 18-day cruise from Chile's Valparaíso up South America's Pacific coast and taking in some of the highlights in Peru, Ecuador, Panama and Costa Rica.

Also eligible for the hefty savings are an eight-day journey from San Diego, California, to Vancouver, BC; and several 15-day cruises from Dover in UK to the Norwegian coast to the North Cape above the Arctic Circle during the peak of the northern lights season.

Cruises with up to 40% off include multiple itineraries to Antarctica; various North, Central and South America journeys; Europe, including from Lisbon to Hamburg and Hamburg to Liverpool; an Iceland circumnavigation and from Iceland to Canada; around the British Isles; and 'Northern Lights and Fjords' expeditions along the Norwegian coast.

Last month, Hurtigruten Expedition announced its new Galápagos program, set to start in January. Those itineraries are available at up to 22% off. The nine-day adventure visits some of the archipelago's most spectacular and iconic sites during a six-night cruise and includes two nights in the Ecuadorian capital of Quito and a full-day visit to the Cotopaxi National Park, home to South America's highest active volcano. It is also possible to add a four-day pre-cruise trip to Machu Picchu.